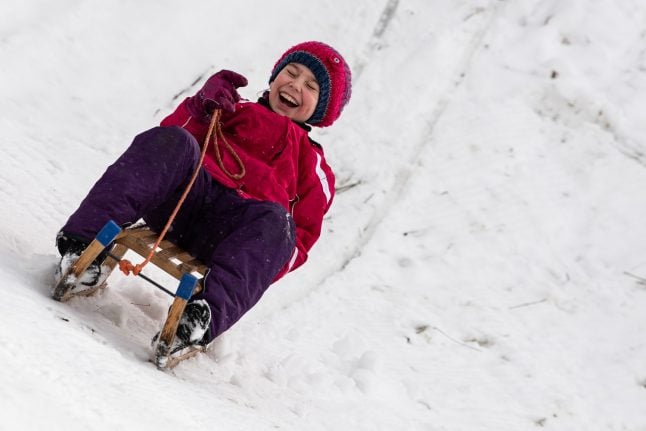 A girl named Clara sleds down a hillside in the Harz mountain range, one of the few snowy spots Germany saw this winter. Photo: DPA

Has Rolf Zuckowski unknowingly deceived children all over Germany?

The children's songwriter once wrote: “Winter’s children search impatiently for hours out the window, winter’s children in the mountains or at the sea, all around the globe, everyone is waiting for the first snow.”

In short: ​​there is no snow in large parts of Germany. It’s rare even at high altitudes – and even the Alps are by no means reliably “snow-covered” everywhere. Winter only makes a short guest appearance in the Harz, the tallest mountain range in northern Germany.

READ ALSO: Fact check: Did it really used to snow more often in December in Germany?

Snow has been falling less and less in the winter for years. Many children, and not just in northern Germany, may only know it from films or illustrated books: it doesn't trickle, it dazzles.

A three-year-old from Hanover has almost never seen winter landscapes except for in children's books. Since his birth there has hardly been any full snow cover in the region. It barely snowed this mild winter, and some flakes fell in spring 2019. That was enough for a mini snowman.

“We'll be going to the Harz soon so that he can get to know real snow,” his mother said. But even there, the white splendor is now few and far between.

Sledding, snowball fights – or just throwing yourself in the snow – 10-year-old Mikael from Hanover misses all of it. “I would be really happy if there were three centimeters of snow – that's better than nothing,” he said.

After all, he can vaguely remember what it was like. He found it really nice when it came up to his knees: the only difference was that he was only four- or five-years-old at the time.

Eight-year-old Lukas from Münster waits for snow every year – he has already played in the snow, but was only 3 and a half at the time. He says winter without snow is “stupid, because you can’t build snowmen and igloos.” He said he sees snow in the movies.

“You want to feel it sometimes, but you can't,” he complained. He also knew one reason the snow is so rare, and quoted it quite professionally: “Too much CO2 is being shot into the sky, so it is getting warmer and warmer.” His older brother Nicolas, 11, said he also missed the snow very much.

“I am very sorry. I find it sad for the children,” the boys’ mother said. Passers-by in Saxony stand by a sledge at the bottom of a sledding hill. Photo: DPA

And the reduced snowfall is not just anecdotal. According to the German Weather Service (DWD), Germany as a whole had, on average, 47 snow-covered days between 1961 and 1990 and averaged over Germany.

In the past 30 years, the number of days with snow cover has dropped significantly – sometimes to only about 20 days. The “whiteout year” of 2010 is still an extreme outlier.

The winter world is still very much alive in Hollywood. Elsa and Anna from the Disney animated film “Frozen” are very familiar with meter-thick snow. But: “It takes place in another world,” Mikael said.

In any case, most of the smaller children are more impressed by Elsa's pink dresses. The snow often takes a back seat, a spokeswoman for the German Daycare Association said.

Will picture books or textbooks be altered in the future if their commonly-depicted snowy landscapes no longer exist in large parts of the country? Publishers are still preparing for the topic.

But the idea of ​​making a book where Christmas comes in a snow-free winter already exists, a spokeswoman for the Carlsen publishing house, Katrin Hogrebe, said in Hamburg. It’s unclear when this idea will turn into reality.

According to the Cornelsen-Schulbuch-Verlag (Cornelson Textbook Publishing House), snow in elementary school is just a type of precipitation, not more. There are, as of yet, no lessons on climate change.

Germany’s federal states have not specified the rules about explaining climate change at primary schools. The topic is also very complex, a spokesman in Berlin said. For elementary school students, weather is still about basic knowledge – what is the climate anyway?

According to Waltraud Weegmann, the managing director of the Konzept-e daycare and school network in Stuttgart, children are curious and want to discover the world. Questions about snow are bound to crop up.

At the daycare in the Leibniz Family Center in Hanover, caretakers follow a simple rule: “We discuss whatever the children are interested in,” director Andrea Weisz explained. Snow was actually not a big topic in the daycare, nor did anyone put a sled on their Christmas wish list.

City children may have “gotten used to the fact that there is no snow,” Weisz said. She also added that “intercultural influences” played a role.

The 105 children in the daycare came from 13 nations, and children from southern countries usually didn't ask about snow.

Mikael asked his family to go skiing in the snow together. He thought children should feel snow, at least during winter vacations.

On the other hand, ten-year-old Carla from Hanover and her friend didn’t seem too attached to snowy ideals. A little dewy frost on the lawn was enough – the two of them pulled a sled out of the basement and slid down the dirt, completely unbothered. 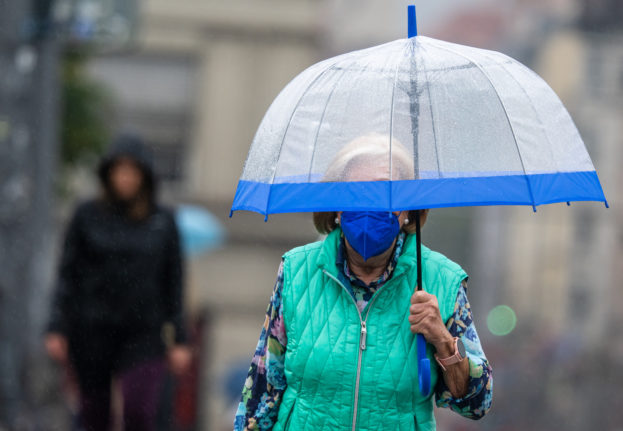