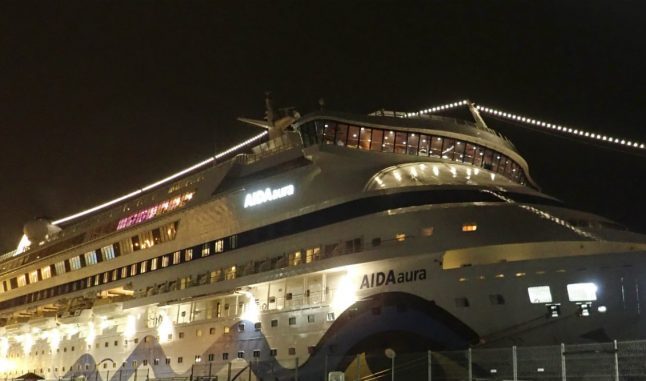 The two people, who had been ashore in southwestern Norwegian city Haugesund, were tested on Monday because they had been in close contact in Germany with someone who was later found to have the virus.

The cruise ship, the Aida Aura, was set to depart from the city on Monday but was detained after the two passengers awaited test results.

After test results showed that the passengers are not infected with coronavirus, the cruise ship will depart from Haugesund as soon as possible, Norway’s national broadcaster NRK reports.

“There is no need to keep the passengers in the quarantine. They can leave the boat freely without danger,” Teis Qvale, a doctor specializing in infectious disease protection in Haugesund, told NRK.

Ole Bernt Thorbjørnsen director of the Haugesund Municipality called the result “the best outcome we could have hoped for” in comments to the broadcaster.

Around 1,200 people reported to be on board are now free to leave the ship.

“We were informed by the ship’s agent that there are two people who may have the coronavirus sickness and that they wanted them to be tested,” Qvale said earlier.

The tests were sent to the Haukeland University Hospital in Bergen for analysis.

The two passengers in question are both German and were reported by NRK to have been in contact one week ago with another German person who has since tested positive for coronavirus infection.

Qvale told NRK that, although the two German passengers had been on land at Haugesund, he believed they presented a “very small” risk of infection to the local population.

The two people who were tested for the coronavirus did not show any signs of illness when Qvale visited the ship on Monday afternoon.

“They did not have symptoms of cough or other respiratory ailments, so I think they represent little risk to the locals,” the doctor said.

“It is a relatively close-knit setting to be aboard a cruise ship, but I have confidence that the health department on the ship has taken care of the infection protection on board in the best possible way. Those who have been on a cruise ship know that there are very strict hygiene rules,” he added when asked about the risk to other passengers.

The number of recorded coronavirus infections in Germany has now risen to around 188, with the most populous state, North Rhine-Westphalia, recording by far the highest number of cases, with 101. No fatalities have occurred in Germany from the virus at the time of writing.

A total of 32 people have currently tested positive for coronavirus in Norway, according to the country’s public health authority Folkehelseinstituttet (FHI) figures.