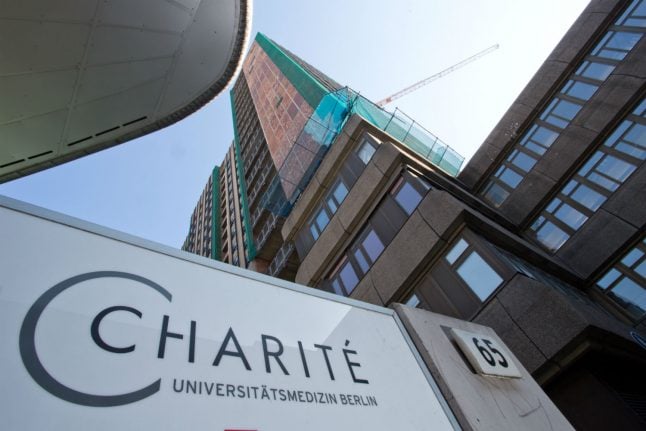 This article was updated Monday at 5:30 pm.

He is now isolated in the Charité hospital, where he was admitted on Sunday night, and remains in stable condition.

The man is said to have had recent contact with ten people, all of whom authorities have ordered to stay isolated at their homes in Berlin and North Rhine-Westphalia.

The man had initially come to the now closed-off emergency room of the Virchow-Klinikum with symptoms not typical to the virus. But since the Charité combines flu with coronavirus tests, the infection was detected by chance.

“Without this internal regulation to conduct a parallel test, the patient would probably still be at home unrecognized,” said Charité board member Ulrich Frei.

“There is a quiet lead to North Rhine-Westphalia,” said Frei. The man's parents live there and had visited him.

Ten out of the 16 German states have had confirmed cases of the coronavirus, bringing the total number of reported infections in Germany to 157 as of Monday afternoon, according to the Robert Koch Institute, up from 150 in the morning.

READ ALSO: Coronavirus: Number of cases in Germany doubles to 129

The search for additional people the man may have had contact with is underway, said Kalayci, who will provide further details on the case Monday at noon.

The major Berlin hospitals, the state-owned clinic group Vivantes and the Charité, consider themselves well prepared for patients with the coronavirus.

In the nine Vivantes hospitals throughout Berlin, there are about 1860 rooms that can be isolated, the group informed dpa at the weekend.

More than half are in North Rhine-Westphalia, Germany's most populous state where an infected couple attended carnival celebrations. The Heinsberg district, with 65 cases, is particularly hard hit.

Earlier this weekend, the first cases of infection in Bremen, Lower Saxony and Schleswig-Holstein were also confirmed by the states' health ministries.

In Baden-Württemberg, four more cases of infection were confirmed late Sunday evening, bringing the total number of cases in the southwestern state to 20.

READ ALSO: MAP: The parts of Germany most affected by the coronavirus outbreak

In Hesse, two more cases of corona infection were diagnosed, raising the number of cases there to ten, according to the central state's Ministry of Social Affairs.

The head of the German Police Union (DPolG), Rainer Wendt, complained of a “fragmented competence” in the fight against the coronavirus.

He told the newspaper “Augsburger Allgemeine” on Monday that no strategy could be discerned as to how Germany as a whole would react to the threat.

“Appeals to the population to remain calm will not suffice, because in many places the uncertainty is palpable”.