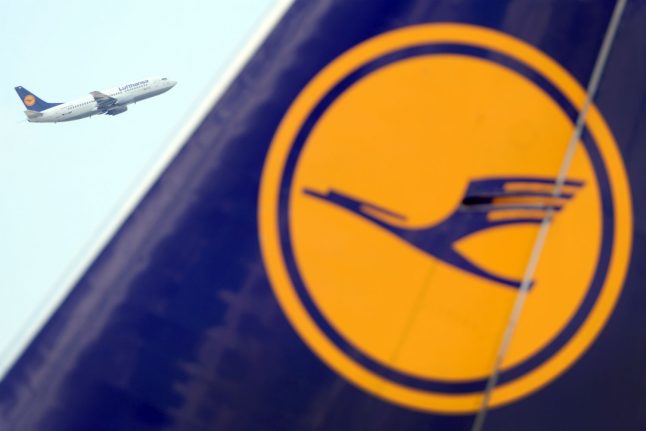 Lufthansa's logo on one of its plane wings. Photo: DPA

“To counteract the economic impact of the coronavirus of the early stage,” the group, which also owns carriers Austrian and Swiss, said in a statement that “all new hires… will be reassessed, suspended or deferred”.

Employees would be offered unpaid leave and more part-time work and the
group would also seek to cut administrative costs, it said.

Lufthansa shares were showing a loss of three percent at 9:45 am on the
Frankfurt stock exchange, while the overall DAX index of blue-chip shares was
down 1.6 percent.

The stock has plunged around 13 percent this week alone.

“It is not yet possible to estimate the expected impact… on earnings,” the group said, adding that it would provide more details at its annual results press conference on March 19th.

The Frankfurt-based group said 13 of its aircraft were grounded, after it
cancelled all flights to and from mainland China by its flagship airline, as well as Austrian and Swiss until March 28th.

Lufthansa has also slashed connections with Hong Kong in the face of reduced demand “and additional frequency adjustments to and from Frankfurt, Munich and Zurich are planned,” it said.