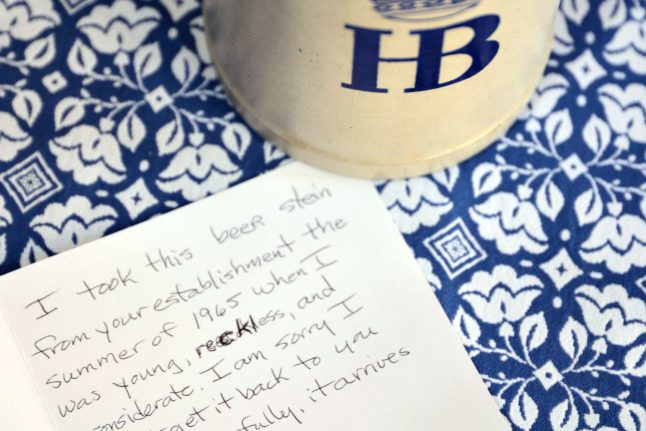 In an interview with the German Press Agency, Celeste Sweeney said she had stolen the mug from the large beer hall in central Munich when just 18 years old.

After a night out drinking Bavarian beer for the first time in her life, she hid the mug in her trench coat when leaving with a group of friends

When returning to the US, she placed the mug on a shelf and never drank from it again – but said that over time the guilt had begun to consume her.

Sending the mug back to Germany cost around $100 US. She accompanied the package with a note saying she was sorry and that she would pay for a replacement mug should it break during shipping.

“I took this stone jug from her house in the summer of 1965 when I was wild, ruthless and thoughtless. Sorry for not getting it back earlier. Hopefully he will arrive safely,” the note said.

Sweeney said her arrival in Munich was a relief, particularly after her experience in East Berlin which had left her ‘deeply shaken’.

Sweeney said she felt threatened in East Berlin and was shocked by the poverty. “I had never seen anything like it” she said.

‘Fun and easy and happy’

Her arrival in Munich couldn’t have been any different however.

“At last it was fun and easy and happy. The smiling, the music, the warmth!” Said Sweeney.

She said however that she had enjoyed herself a little too much when she decided to steal the mug.

“We had so much fun, we wanted our jugs”.

After receiving the mug, the Hofbräuhaus wrote to Sweeney to thank her for returning the mug.

They also sent her a new mug which she could “keep with a good conscience”.

Posting on Facebook, Hofbräuhaus chief Wolfgang Sperger said he had organised to send the woman a letter promising to fill the replacement mug with beer should she make it back to the beer hall.

BEER
Why German Beer Day is celebrated on April 23rd 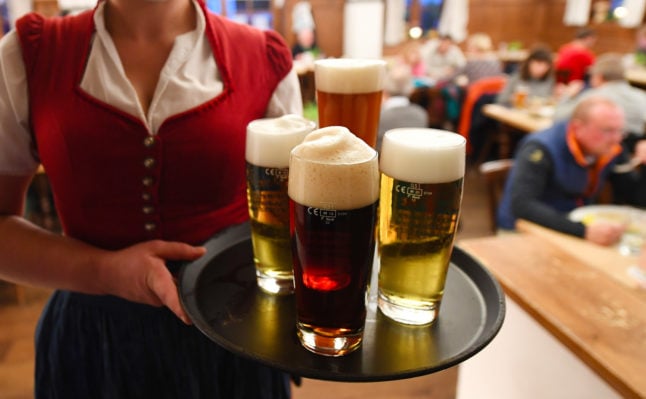 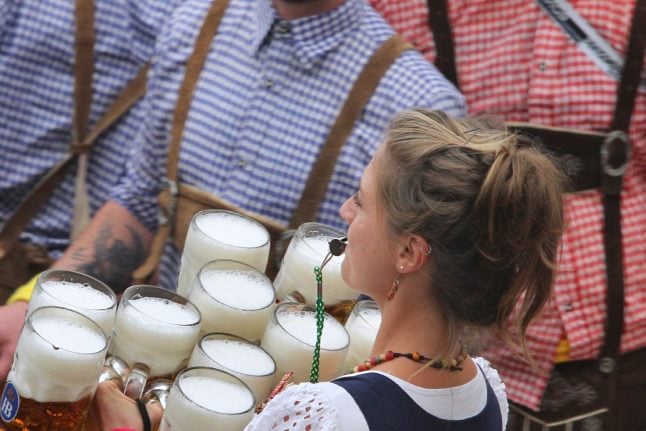