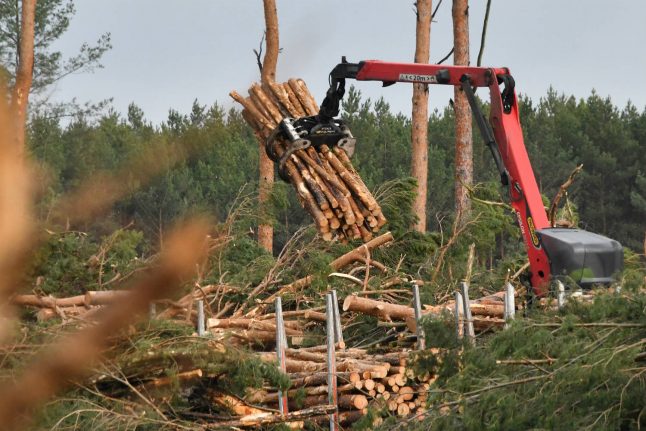 “The work has started again,” said a spokesperson for Grünheide, a municipality in the state of Brandenburg where the factory is to be built.

On Thursday, a local administrative court lifted an injunction that had prevented Tesla from clearing a 90-hectare area of forest.

The injunction was issued last weekend after a complaint by the local environmental group “Green League”.

Aside from claims that the factory would harm the drinking water supply and lead to more traffic, the group questioned whether the deforestation was legal.

Under pressure to open the factory on schedule in 2021, Tesla agreed with local authorities to begin cutting trees “at its own risk” while awaiting an official authorisation expected in March. “Tesla should be subject to the same procedures as any other company,” argued the Green League in a statement.

Thursday's ruling declared the tree-felling agreement to be legal however.

The resumption of work is a relief for the electromobility giant, which also faces a race against time to relocate the forest's wildlife before the breeding season begins in the next few weeks.

According to reports in German media, Tesla is to re-home several bats and ant colonies, and it has also promised to install nesting boxes for birds.

But critics claim that deforestation could harm wildlife and endanger drinking water in the area.

Environmental protection is the latest hurdle Tesla has faced in Grünheide, meanwhile.