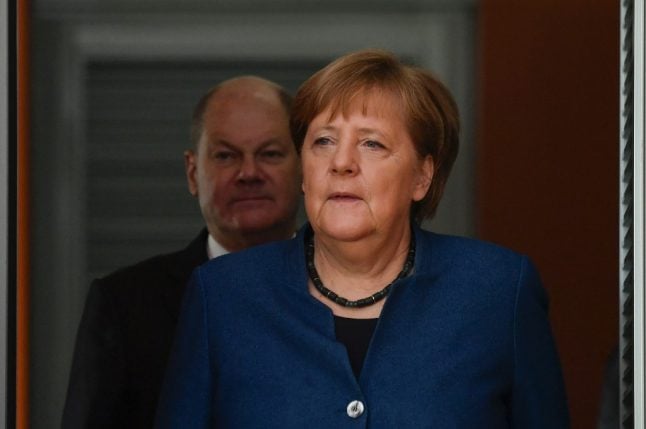 The surprise election of Thomas Kemmerich as state premier in Thuringia with the help of MPs from the far-right AfD on Wednesday shattered a political taboo in Germany, where mainstream parties have vowed never to work with the anti-Islam, anti-immigrant party.

On Saturday Merkel effectively dismissed Christian Hirte (pictured below), the government's commissioner for eastern Germany and a junior minister after he congratulated Kemmerich on his success. At the same time, Kemmerich also stood down under pressure.

“I announce my resignation as Thuringia minister-president effective immediately,” said Kemmerich of the business-friendly Free Democrats, one of Germany's smaller parties.

Merkel said at a news conference in South Africa on Thursday that the Thuringia election result was “unforgivable and that's why the result must be reversed”.

Kemmerich was elected to the state premiership with the backing not just of regional deputies from Merkel's conservative CDU party but also of the far-right Alternative for Germany AfD.

A third official has said he will step down in May as Merkel struggles to sustain her tenuous coalition with centre-left Social Democrats (SPD).

German media said the SPD had demanded Kemerich's resignation as a condition for remaining in the coalition, which met Saturday in Berlin.

After the meeting, the coalition partners called for a fresh vote in Thuringia.

“For reasons of political legitimacy, the coalition partners are convinced that, regardless of the election of a new premier, fresh elections need to take place in Thuringia,” a joint statement issued after the meeting said.

The coalition's third partner, which also backed the statement, is the CDU's Bavarian partner, the CSU.

The three parties echoed Merkel in calling the regional vote in Thuringia “unforgivable”.

Kemmerich (pictured below) won election over incumbent premier Bodo Ramelow from the far-left Die Linke party by one vote. On Friday, regional CDU leader Mike Mohring said he would be stepping down in May after ignoring pleas byparty leader Annegret Kramp-Karrenbauer not to vote alongside the AfD.

The Thuringia fiasco was a humiliating blow for Kramp-Karrenbauer, often known by her initials AKK, who is seen as Merkel's chosen heir but has struggled to assert herself since replacing Merkel as CDU leader in 2018.

“AKK appears helpless” as her authority is increasingly undermined, the mass-circulation daily Bild wrote in a scathing assessment.

Kramp-Karrenbauer's prospects of replacing Merkel as chancellor once she bows out in 2021 “are hanging by a thread”, it added.

The regional CDU move was also surprising given that Merkel is the AfD's main target of criticism for having allowed more than a million asylum-seekers to settle in Germany in 2015-16.

Thuringia is moreover the German state where Adolf Hitler's party, the NSDAP, began its march to power, in particular owing to alliances with conservatives.