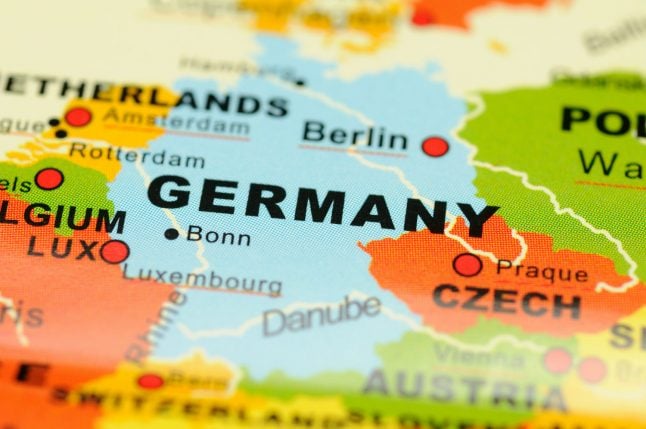 Germany is a hugely diverse country with 81.3 million people who live across 16 states.

Here are the 16 Bundesländer and their capitals. Mecklenburg-Western Pomerania, Brandenburg, Saxony-Anhalt, Saxony and Thuringia formed the communist East Germany during the separation. The other states were part of West Germany. Germany only became the country we know today in 1990 after reunification, so it's no wonder then that there are differences across regions when it comes to tradition, culture and dialects as well as social aspects such as wage levels.

And if you go back further, you'll see find the country looked very different.

For an idea of how it's has changed over the years, here's a map showing the German Empire in 1892. Back to the modern day. In terms of figures, 232 people in Germany live on one square kilometre. This makes Germany one of the most densely populated countries in Europe. However, citizens are unequally distributed regionally.

This map shows the population density across the country. The dark blue areas are where the most people live. When it comes to buying a home in Germany, house prices are going up, especially in bigger cities. This map gives a taste of what you can expect.

The consumer magazine Finanztest evaluated data for 115 cities and districts last year. They found that in Munich, one of Germany's most expensive cities, property prices rose by 9.6 percent in 2017. Rents went up by 4.9 percent in the same period. In Stuttgart, rents also rose by 4.9 percent in 2017, while real estate went up a massive 12.4 percent.

Meanwhile, in Berlin apartments were 15.6 percent more expensive in 2017 compared to the previous year, while rents went up by 7.6 percent.

READ ALSO: Bargain 'B cities': The places to buy property in Germany when you're on a budget How happy are the Germans?

On a scale of one to 10, the Germans rated their happiness or satisfaction factor as 7.5 according to the the Deutsche Post Glücksatlas (happiness index) 2018. The happiest people in Germany live in the northern German states of Schleswig-Holstein, which had a satisfaction rating of 7.44, and Hamburg, which had a rating of 7.36.

The map below shows average happiness by region. The darker the colour, the happier the people. Although Germany is seen from the outside as a prosperous country, there are inequalities.

This map made as part of a study published earlier this year by the Friedrich Ebert Stiftung, breaks up the country into  'five Germanys' to highlight the deprived areas, and those that are doing better.

Dark green represents the booming cities like Berlin and Hamburg. Light green is the Speckgurtel (commuter belt, literally: fat belt) where life quality is said to be even better than in the big cities.  This category includes scenic locations like Starnberg to the south of Munich or the Taunus near Frankfurt.

Cream is the solid middle, where the quality of life is neither extremely bad or excellent. Typical places include Sauerland in North Rhine Westphalia and rural Schleswig-Holstein.

Lilac is rural east Germany, such as villages on the Baltic coast or small towns in Saxony and are viewed overall as fairly undesirable places to live.

Lastly, purple shows deprived areas, including Dortmund, Duisburg, Trier and other cities that used to profit from industries such as ,coal mining and today people are more likely to be living in poverty. The amount you earn doesn't just come down to your job but also where you live in Germany. The map below, which was produced by online careers portal Gehalt.de as part of their 2019 Gehaltsatlas (salary atlas), shows how different German regions measure up to the national average salary of €45,000.

The highest salaries are paid in Hesse. On average, salaries in the central German state are €51,435 — that's 14 percent higher than the national average salary.

Meanwhile, in Mecklenburg-Western Pomerania, the average salary is €34,155 – that's 75.9 percent of the national average.

To read more on salaries in Germany, check out our coverage HERE. Another map from Gehalt.de which shows the wage differences in Germany is illustrated here. The average salary in the east of the country is €39,567 and in the west it's €47,320. It's a real treat to travel through Germany by train, where you can enjoy scenic mountains or beautiful lakes depending on where you are. The map below shows the Deutsche Bahn long distance train network. The rail operator also has an interactive map on its website. Internet and WiFi connectivity can be sketchy across Germany The map below shows the availability of super fast broadband Internet in percent for private households.

The dark blue bits mean there is more than 95 percent coverage, while the grey parts mean only up to 50 percent is covered.

READ ALSO: Germany's (dis)connectivity: Can the broadband gap be bridged? German is the main language of Germany, although there are four recognized minority languages: Sorbian (Upper and Lower), a Slavic language spoken largely in Brandenburg and Saxony, Romani, Danish and Frisian, which is spoken in northwest Germany.

This map shows the percentage of people who can hold a conversation in German across European countries.

Germany is a popular tourist destination, but this graphic by Sightsmap, which is based on data from geotagged photos, pinpoints the exact places where people take the most (coloured yellow) – and least (coloured purple) – pictures in Germany (and the world's) regions, towns and cities.

Note: Berlin is the top blue pin on the map below.