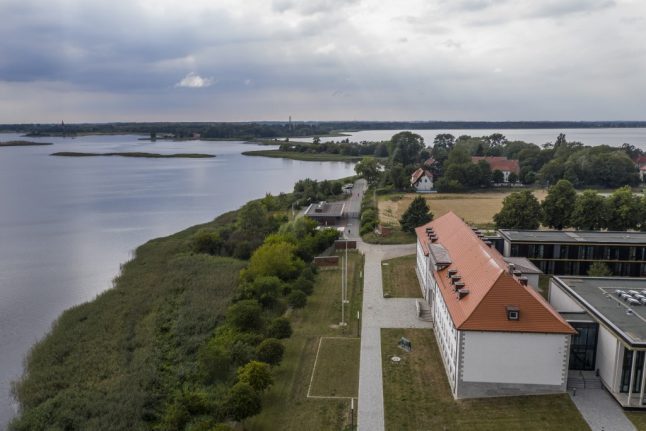 Access to the island of Riems is highly restricted. Scientists who work there have to have disinfectant showers when entering or exiting and wear body suits. Visitors have to undergo security controls.

Dozens of animals, including sheep and cows, have been deliberately infected with viruses as part of the research to monitor the effects of the diseases.

“We really are the Alcatraz of viruses, a kind of prison for viruses,” said Franz Conraths, deputy head of the island’s Friedrich Loeffler Institute.

Located south of picturesque Ruegen Island, Riems has become a global center for the study of pathogens such as rabies, African swine fever and Ebola.

The laboratories holding the most dangerous viruses are on security level 4 — the highest in Germany — as are the stables with the infected animals.

“We do everything possible to ensure they do not spread,” Conraths said of the viruses on his island.

The Friedrich Loeffler Institute is the oldest center for the study of viruses in the world. It was founded in 1910 by Loeffler, a pioneering German scientist. There is no other installation like it in Europe, although there are similar facilities in Australia and Canada.

The institute used to be based in a single building on the island but now covers almost the entirety of the 1.3-kilometer-long (1,400-yard) outcrop.

After World War II, the center found itself in communist East Germany and began to develop vaccines.

The government has invested some €300 million ($330 million) in the institute since 2008 to upgrade the infrastructure, and there are now 89 laboratories and 163 stables.

“Our biggest task is working out preparations for an outbreak,” said Conraths, giving the example of African swine fever, which has been detected in Central Europe, raising concerns among German pig farmers. “We have to expect it any day,” he said.

There are 80 to 100 large animals on the island: alpacas, boars, cows, goats and sheep. The researchers said that when the animals get too sick they are put down so as not to let them suffer.

“We do our best to carry out our research without having to do tests on animals,” said Martin Beer, head of the institute’s diagnostic department.

But he added that “only by infecting an animal” could researchers work out why animals get sick, how the illness develops and how the animals reacts.

Since the tests are for vaccines that can save millions of animals, protect farmers’ livelihoods and alleviate hunger, Beer said they are “justified.”