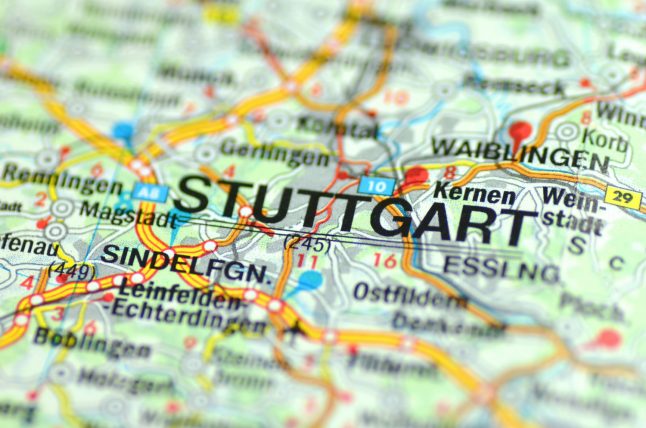 Stuttgart is the capital of Baden-Württemberg. Source: Deposhitphotos/DarioSz

Baden-Württemberg is a wealthy state home to Daimler-Benz, thrifty Swabians and the Black Forest.

And, since the Bundesland also houses the EU's most innovative population, there is seemingly nothing the German state can't do…

Except, of course, speak standard German – The state's motto is “Wir können alles. Außer Hochdeutsch.” (“We can do everything. Except standard German.”)

Baden-Würrtemberg is Bavaria's western neighbour and covers southwestern Germany. It is bordered by the states Rhineland Palatinate to the northwest, Hessen to the north, and Bavaria to the east. France and Switzerland form the international borders to the south, and Austria lies on the other side of Lake Constance. The Rhine creates the western border of the state and also flows into a tributary called the Neckar. Most major cities in Baden-Württemberg lie along the Neckar, including Mannheim, Heilbronn and Stuttgart.

Lake Constance, or Der Bodensee, forms the only border with Austria, although exact boundaries within the lake are not defined. The map below shows three states from 1949 to 1952 which would eventually combine to become Baden-Württemberg. After the end of World War II, the region of Württemberg-Baden was under United States control while Württemberg-Hohenzollern and Baden belonged to the French. All three states became part of the Bundesrepublik in 1949, but merged through a narrow public vote to form the larger state in 1952.

Baden-Württemberg, despite having much fewer natural resources than a coal-rich region like North Rhine-Westphalia, has one of the strongest economies in Europe. The map below shows per capita GDP for Germany in 2018. Germany's southwestern states clearly have the economic advantage.

Baden-Württemberg also has one of the lowest unemployment rates in the country. Because of this high quality of life, babies born in these regions are expected to live longer, according to German statistics from 2016 and 2018. The stats are based on the current liveability conditions of the regions. Most of Swabia's undefined borders, which include Stuttgart, are within Baden-Württemberg. Parts of the region also reach into Bavaria. Swabians have their own cultural heritage and accompanying stereotypes: They are often considered uptight and miserly by other Germans, but also diligent and inventive.

Boasting the most registered patents per capita in the nation, Baden-Württemberg certainly holds up its Swabian roots. Everything, except standard German

Here's a map, including Switzerland and Austria, of the different dialects spoken in southern Germany.

The Alemannic dialects, including Swabian, dominate the Baden-Württemberg area. The Swabian dialect has its own unique characteristics, like using “le” instead of the standard German “chen” or “lein.” Additionally, the language incorporates more nasal tones for “m” and “n” sounds, giving the language a distinctive sound.