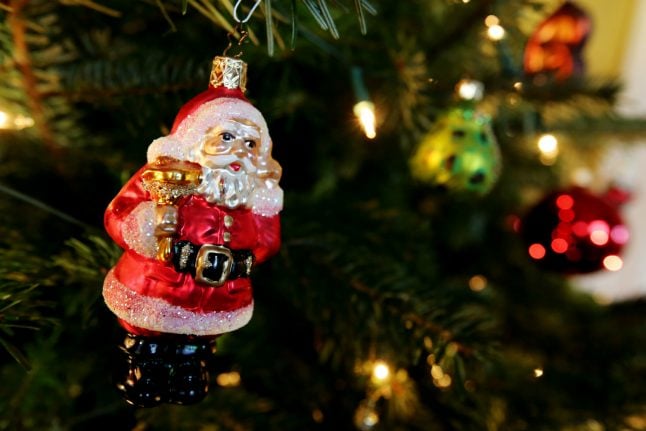 What are your guaranteed days off? Photo: DPA

Now it's December, many of us will no doubt be looking forward to the festive period when we can (hopefully) eat too much and relax in front of the telly. But which days are you entitled to get off during this time?

Here's an overview of the legal situation.

I'm an employee. Do I have to take holidays on Christmas Eve and New Year's Eve?

Christmas Eve (Heiligabend) is celebrated in Germany on December 24th. It's the last day of Advent and signals the start of the Christmas season.

Many people spend the day decorating their Christmas tree and in the evening it's common to eat traditional dishes (sausages and potato salad is very popular), go to church and open presents.

But December 24th is not an official public holiday in Germany. Employees who want this day off work have to request leave. Another common misconception is that you only have to request a half day of holiday on this day. In fact, Germany's Federal Holiday Act (Bundesurlaubsgesetz or BUrlG) does not provide for this.

You have to use a whole day from your annual leave allowance unless your employer offers you a half or full day off work.

Daniel Brügger, a lawyer specializing in work law in Germany, told Spiegel:  “Many employers are accommodating on these 'special' days and agree with their employees either that half a day's leave is sufficient or that no leave at all has to be taken.”

This, however, is the sole decision of the employer so you just have to hope they're feeling generous.

It's the same for New Year's Eve (Silvester) which is not a public holiday. You don't automatically get time off on December 31st but your employer might offer you a half or a full day off work as a good gesture. If not, you'll have to take a day's holiday unless you're fine with working it. READ ALSO: These are the 'special' days when you get time off in Germany

So what days do you actually get off during the festive season in Germany?

The first and second days of Christmas (Weihnachten/December 25th and December 26th) and New Year's Day (Neujahr/January 1st) are public holidays. Employees do not have to use any of their annual leave on these days.

December 25th and 26th fall on a Wednesday and Thursday this year, while January 1st is a Wednesday.

And there's some good news for people who live in Baden-Württemberg, Bavaria and Saxony-Anhalt: Monday, January 6th is a public holiday in these states as its Epiphany.

It should be noted that in Germany holidays that fall on a weekend are not observed on a weekday instead. But that isn't a problem this year.

Can I refuse to work during the festive period?

That depends. Certain employees may be obliged to work on public holidays if it is in their employment contract or collective bargaining agreements.

Section 10 of the Working Time Act (ArbZG) has details of the industries that often have to operate on Sundays and public holidays, such as emergency services, bars or restaurants and the agriculture sector.

If you work in these sectors you're probably obligated to work anti-social hours at times.

Does your employer have to pay a bonus to workers at Christmas?

There is no legal obligation for employers to pay anything extra to employees, especially on Christmas Eve and New Year's Eve which are not public holidays anyway.

“However, a claim to a holiday bonus can arise from the employment contract, a company agreement or a collective agreement,” said Brügger.

That could be in the form of a cash bonus, such as double time, or an extra day off given to people who work on the public holidays. People who work in hospitals often have to work at Christmas time. Photo: DPA

If an employee works on a Sunday or public holiday, he or she is also entitled to an alternative day of rest (Section 11 (3) ArbZG). This must be granted within two weeks for Sunday work, and within eight weeks for work on a public holiday that falls on a working day.

READ ALSO: Vacation days in Germany: what to know about your rights as an employee

So who has to work on Christmas?

If you are in an industry where public holidays have to be covered then you might be used to working them. But which employee gets the short straw?

The boss has to decide this unless otherwise stipulated in the employment contract or collective agreement.

According to section 106 of the Gewerbeordnung, the boss can exercise his or her so-called right of direction. In other words: the most senior person can decide who has to sacrifice their Christmas dinner for the sake of the company.

However, superiors should act reasonably and fairly. Preference should not be given to certain employees even if they have children, for example.

Do I have to take time off at Christmas?

In some cases, firms make use of so-called “company holidays” (Betriebsurlaub).

It means employees are “forced” to take their annual leave during certain times of the year, such as the festive period when business can be slow. Yet there is some room to negotiate. Those in the restaurant industry may have to work more in the festive season. Photo: DPA

“The conditions are not entirely clear, since the employer is obliged under section 7 (1) of the Federal Holiday Act to take the employees' holiday wishes into account,” said Brügger.

If, however, the company is able to demonstrate operational requirements for forced leave, bosses can disregard the employees' wishes.

This might happen if important suppliers also take holidays during this time or if there is a significant reduction in customers (for example in the retail industry).

In firms with a works council (Betriebsrat) in place, company holidays must be negotiated between the works council and employers.

If the works council has struck an agreement, the employee must take leave during this time. If company holidays have already been agreed in the employment contract then the employee also has no choice but to take them.

How many holiday days am I legally entitled to anyway?

Unlike in other countries such as the US and Canada, where paid vacation either isn't guaranteed or amounts to a mere 10 days, in Germany the number of days off you're entitled to depends on how much you work.

Workers who do a six-day work week have the right to an annual minimum of 24 vacation days per year.

For employees who work five days a week, it's 20 days of holiday per year and for those with a four-day week it's 16 days per year.

People who work three days a week get 12 vacation days each year; a two-day week entitles an employee to eight vacation days; a one-day work week means you have the right to four days off.

But these figures are only the minimum. Depending on the collective agreement you have with your employer, you could have more vacation days than the legal minimum. In many occupations and industries across the country, for instance, 30 days annual paid leave is common.

The law additionally grants some groups of people more time off. For instance, employees living with severe disabilities  who work a five-day week get an additional five days off per year, meaning they are entitled to 25 vacation days.