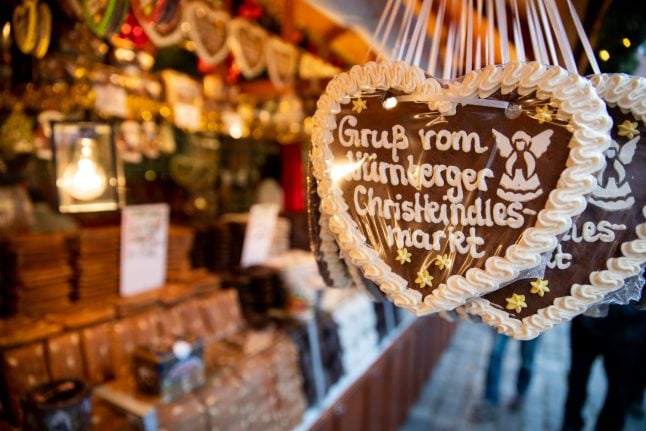 During the “Adventszeit” (the period of the four Sundays and weeks leading up to December 24th) it is tradition in Germany to visit Christmas markets and embrace the holiday spirit.

Here is a list of ten wonderful Weihnachtsmärkte (Christmas markets) that embody that magical wintry feeling.

READ ALSO: What is the history behind Germany's beloved Christmas markets? The “Domäne Dahlem”, at the U-Bahn station Dahlem Dorf, is a historic manor in the former village of Dahlem. Nowadays it is an open-air museum for agricultural farming in the southwest of Berlin.

And while you are there, you should purchase a bottle of “Berliner Winter”. This tasty alternative to Glühwein is a combination of apple juice, spices and vodka. It can be drunk cold but is best served warm. The Lübecker Christmas market next to the town hall. Photo: DPA

This Christmas market is one of the best known in north Germany and takes place in the old town of Lübeck.

There are around 150 booths belonging to separate small Christmas markets with different themes.

For example, the “Petrichurch” displays and sells artwork. In the area of the Obertrave, the market is family oriented with Christmas baking and model trains.

The Hanseatic city of Lübeck is renown for its Marzipan, with the tasty treat being sold every year.  This tradition is a highlight at their Christmas Markets.

Treats such as Marzipan cappuccinos and Marzipan stuffed baked apples are just the beginning.

This Christmas market has a centuries-old tradition involving the figure “Reiterle”, who German legend has it is delegate of a world beyond ours.

During Christmas time, he and other souls of the dead would visit our world by sailing through the air and bringing people joy.

This performance of the “Reiterle” is an attraction for this Christmas market, which can be seen across the rooftop and tower landscape of Rothenburg.

Among other treats, this market offers old Franconian pastries, such as their variety of the “Stollen”, and “weißer Glühwein” (white mulled wine), which is rather rare compared to regular red mulled wine. Preperation of the rum-soaked sugarloaf for the “Feuerzangenbwole”. Photo: DPA

This Christmas market has maritime air. You can wander through the streets and shop at booths directly along the water.

Traditional Christmas foods and drinks such as “Feuerzangenbowle” (mulled wine with a rum-soaked sugarloaf lit above it), or “Spanferkel” (sucking pig) make this market a rustic and classic experience.

Additionally, two sailing ships delight the harbour with their festive lighting, making this market not only a seasonal, but also seaside, experience. The railway viaduct and the Christmas market in the Ravenna canyon. Photo: DPA

This Christmas market is set up under the nearly 40 meter high railway viaduct of the Ravenna bridge.

Here you will find around 40 small cottages surrounded by a hilly landscape where you can purchase regional products and traditional craftwork from a magically secluded place.

This fairytale-like attraction is quite unlike any other Christmas market. It is filled by the flair of nature and salvation. The Christmas market on the Gendarmenmarkt in Berlin. Photo: DPA

This nostalgic Christmas market is set up on the Gendarmenmarkt – one of the prettiest places in Berlin. It is located between the German and French dom, which gives it an historic ambience.

This market is characterized by its fine arts and delicious sweet and hearty treats such as “Rahmbrot” (creamed bread).

And, unlike most Christmas markets, it presents its guests with a stage program of choir, acrobats and dancers that fill the air with music and excitement.

In addition, a great thing about visiting here is that the one euro entry fee is donated to people in need.

This Christmas market is one of the most visited in all of Germany, and renown for its processed stoneware.

It is set in the historic old city of Frankfurt am Main.

This area is characterized by its timbered buildings which create a romantic atmosphere when illuminated with Christmas lights.

A recommended treat is the traditional “Bethmännchen”, which is a Frankfurter marzipan pastry. This Christmas market takes place in the UNESCO World Heritage city of Goslar, and not only entails a market but also a “Christmas forest”.

Every year, the market is inaugurated with a “Laternenumzug” (lantern parade), which tunes in the festive occasion.

In the forest you will find illuminated coniferous trees and the pleasantly fragrant smell of soil.

So grab a cup of “Glühwein” and some “gebrannte Mandeln” and enjoy a romantic walk through the magical forest. A group of oriental dancers in their Bedouin tent at the Esslinger Christmas and Medieval market. Photo: DPA

This unique market combines the Dark Ages with Christmas (sounds weird but is definitely a place you must visit).

Among other things, you can also watch how a blacksmith or gaffer assemble their products (all of these handicrafts can of course be purchased).

This market offers the chance to watch, participate in and taste things that are not part of everyday life. The Christkindlesmarkt after the opening prologue of the Christ Child. Photo: DPA

This widely known Christmas market is the largest in all of Germany, and is set in the centre of Nürnberg’s old city.

Annually, it is inaugurated by the prologue of the Christ Child, who is chosen anew every year by the city.

Instead of “Bratwurst” you will find the original “Nürnberger Rostbratwürste” which are smaller, but some might say tastier, and also make a great snack.

A unique treat to try is the “Zwetschgenmännle” which is a traditional Nürnberger specialty with dried plums.

These “Männle” (male) are put together with dried fruit and wire to create a little figurine.

The “Zwetschgenmännle” is one of the original kinds but nowadays there are dozens of varieties to pick from.

TRAVEL
When will tourism in Germany open up again?

People on the beach in Sylt on April 23rd. Photo:picture alliance/dpa | Axel Heimken

For around six months, overnight accommodation in Germany has only been allowed to open for business or essential travellers.

But things are looking up – finally. Some states are taking the first steps towards reopening the tourism sector, allowing people to think about travel.

READ ALSO: When will Germany ease international restrictions on travel?

Germany has two national public holidays coming up – Ascension Day, which is also Father’s Day in Germany, on Thursday May 13th. Then there’s Whitsun holiday on Monday May 24th. Corpus Christi on June 3rd results in a day off for six states, including Bavaria.

What are German states saying at the moment?

On Tuesday, the southern state of Bavaria – a major holiday destination for Germans – announced holidays should be possible in areas with low coronavirus infection rates from Friday May 21st. That’s just in time for Whitsun.

In districts and cities with a stable 7-day incidence of less than 100 Covid infections per 100,000 residents, hotels, holiday apartments and campsites would be allowed to reopen to all guests under the plans.

Outdoor dining, theatres, and cinemas are also to open in the state soon.

Bavaria is especially popular for its picturesque Alpine locations such as Garmisch-Partenkirchen and Berchtesgaden.

READ MORE: Bavaria plans to open for tourists on May 21st

Tourism is already starting up again in parts of Schleswig-Holstein, which has the lowest Covid rates in Germany. So-called ‘model’ projects are testing out how tourism can open up step by step.

Holidaymakers returned to Sylt – the largest German North Sea island – on Saturday May 1st, as part of the North Frisian tourist model initiative.

Tourism there is ramped up again under strict conditions – and all with the proviso that infections do not increase significantly.

Holidaymakers need a negative coronavirus test upon arrival and have to be re-tested every 48 hours. During the project, restaurants are also allowed to open on Sylt and certain leisure activities, such as hikes and city tours, are also possible. North Friesland is one of four model tourist regions in Schleswig-Holstein. The projects are to initially last a month with the option of extension. The pilot is already underway in the Schleiregion and Eckernförde, Büsum and the Bay of Lübeck with the popular Timmendorfer Strand on the Baltic Sea to follow.

EXPLAINED: What you need to know about the latest rules on travel to and from Germany

In Lower Saxony, too, the first steps in bringing tourism back to life slowly is on the cards. The retail and hospitality sector will begin to open from next week in districts with incidence rates ​​below 100.

All shops will be allowed to open under strict conditions from Monday.

The hospitality sector and hotels will then be able to start gradually opening under strict precautionary rules.

Hotels will be able to open at 60 percent capacity, provided that guests present a negative Covid test on arrival and take new tests every day.

Hotels are initially only allowed to accommodate guests from Lower Saxony. According to the state government in Hanover, two thirds of all districts in Lower Saxony currently have an incidence rate of less than 100. These include many districts from tourist regions along the North Sea coast.

What are the rules right now on travel – and what’s the overall picture?

Across Germany there is no ban on travel. However, as has been the case since November last year, non-essential travel is strongly discouraged.

Germany also recently tightened measures across the country to battle a third wave of Covid-19. In areas where there are more than 100 Covid-19 cases per 100,000 people, restrictions including curfews and tighter contact rules are in place.

But coronavirus infection rates are falling in Germany, and vaccinations are ramping up. This is all good news – and experts hope that the country is on the way to beating the third wave.

READ ALSO: ‘Summer will be good’: Has Germany broken the third wave?

All states will start to open public life further when the infection numbers fall below 100 Covid cases per 100,000 residents in seven days. The hope is that they will continue to drop even more so that other facilities can open.

The federal government’s Tourism Commissioner Thomas Bareiß, of the CDU, said he is “very confident” that widespread travel within Germany will be possible again from June.

“I am very confident that holiday trips with us will be possible in more and more regions from June onwards,” said Bareiß.

He had a bit less hope for travelling over the Whitsun holidays around May 24th. “This will unfortunately fall through again in many holiday regions,” he said.

He told German daily Bild that hotels and restaurants have safety plans in place for when they reopen.

The German government is pushing through new measures which will see fully vaccinated people – and those who’ve recovered from Covid – face fewer restrictions, such as the need to provide a negative Covid test to go shopping or to the hairdresser.

However, there are no plans to open facilities like restaurants and hotels only for these groups. 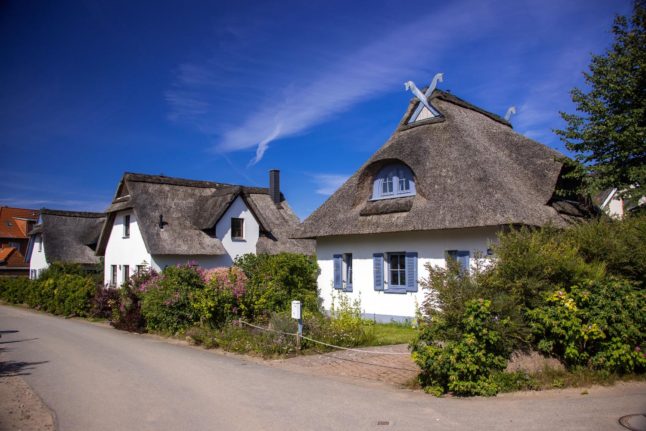 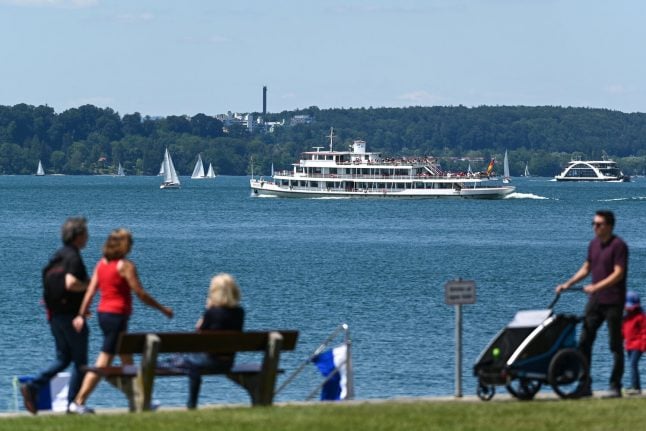 TRAVEL
‘No travel until late May’, warns German government
Url copied to clipboard!