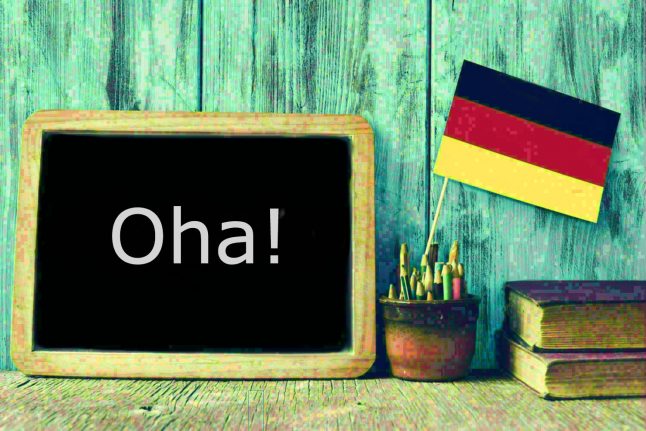 One of the most underrated parts of learning a new language are the small quirks and phrases that continue to surprise non-native speakers for years after reaching fluency.

Onomatopoeias are one of those strange and lovely avenues. From the German rooster who says Kikeriki instead of cock-a-doodle-doo to the comic strip where a gun goes Peng! instead of Bang!, this category also includes everyday colloquial phrases.

Which brings us to our word of the day: Oha!

READ ALSO: 12 colourful German expressions which will add swagger to your language skills

This can be used in any situation that brings up surprise. The positive or negative connotation, if any, is conveyed through your tone. Similar to the English “Whoa,” it usually conveys surprise or amazement, and in some cases can be used to rebuke someone.

Suppose that your friend has just informed you that her boyfriend will only be wearing tweed pants from now on: Oha!

Suppose your mother-in-law has stopped by for an unannounced visit: Oha!

Here are some other example sentences:

“Wow. Did you see how pretty she is?”

Anyways, enjoy this short and fun expression to make you sound like a true German.