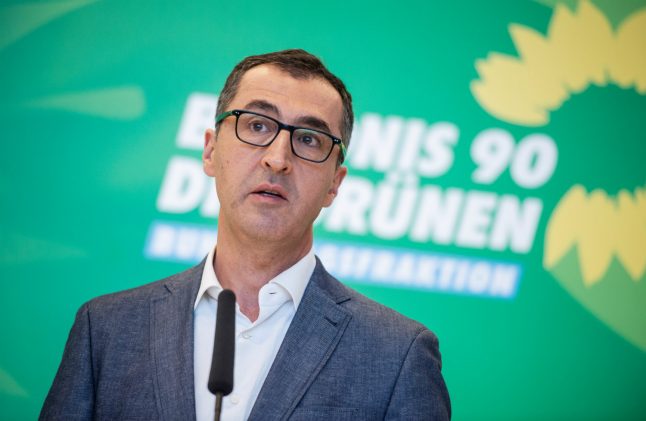 The Greens' Cem Özdemir received a death threat in an email. Photo: DPA

Greens lawmaker Cem Özdemir, who has Turkish roots, revealed at the weekend that police were investigating an email he had received from a neo-Nazi group saying he was at the top of their kill list.

“We are currently planning how and when to execute you. At the next rally? Or will we get you outside your home?” the email read, according to the Funke newspaper group.

Fellow Greens MP Claudia Roth received a message saying she was second in line to be killed.

Both emails were sent on October 27th and signed with “Nuclear Weapon Division Germany” (AWD), apparently a German offshoot of a notorious US-based neo-Nazi group.

“We cannot and will not accept these attacks on our free democratic system,” she said, vowing to use the full force of the law against the perpetrators.

Speaking at the same press conference, Interior Ministry spokesman Steve Alter said federal security services “have already had this group in their sights for some time”.

The American version of the AWD, founded in 2015-2016, has been linked to five murders in the United States, he added.

The German branch is thought to count several dozen members.

The death threats come with German politicians already on alert following the murder last June of local pro-migrant politician Walter Lübcke in the western city of Kassel, allegedly by a known neo-Nazi.

In October, two people were shot dead in a far-right attack in the eastern city of Halle where the gunman first tried and failed to storm a packed synagogue.

And in regional elections in the state of Thuringia last month, Greens co-leader Robert Habeck and a local candidate from Merkel's CDU party received death threats on the campaign trail from suspected far-right extremists.

German Interior Minister Horst Seehofer on Monday warned of a “highly problematic coarsening” of the political climate in the country.

The government last week already proposed a raft of measures to crack down on the far-right, with a focus on targeting weapons sales and online hate speech.

During a visit to the eastern city of Zwickau on Monday, Merkel placed a single white rose at a memorial tree in honour of the victims of a neo-Nazi terror cell that killed 10 people between 2000 and 2007.

The government “would do everything in its power” to make sure “these things never happen again”, Merkel vowed.