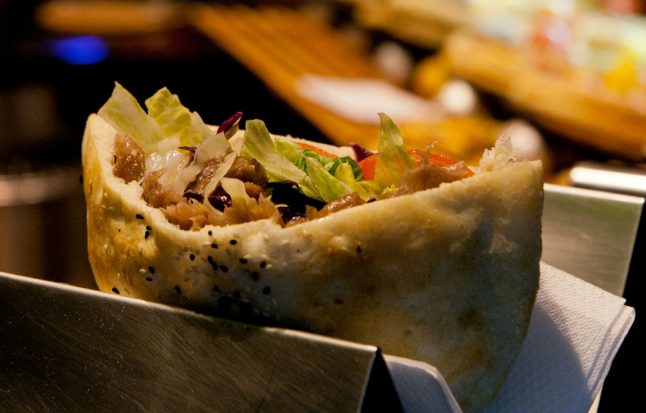 Change has come to Weimar, and that’s not just because Thuringia, the eastern state in which the small city is located, held elections this past Sunday.

The city of 65,000 has ordered sellers of Döner kebab to call them Drehspiess (rotisserie) im Fladenbrot, enforcing a 21-year-old federal guideline that lays out the ingredients of the popular snack food.

The decision was made by Thuringia’s Lebensmittelüberwachungsamt (Food code enforcement office), who said that some of industrial ingredients of the meaty dish did not match the pure ones of those written in the Deutsche Lebensmittelbuch (German food code).

The street food snacks are a type of Turkish dish typically made with seasoned slice meat shaved from a rotating skewer and placed in a pita or flat bread.

In Germany alone, Döner kebab sales top €3.5 billion each year, and 600 tons of Döner meat are consumed each day, making it one of the most popular fast food items in the country.

When can the dish officially be named a Döner kebab?

According to a 1997 addition to the Deutsches Lebensmittelbuch, the dish has to contain 60 percent minced meat – in the form of lamb or beef. Only a few extra ingredients can be added, namely egg, salt, spices, oil, onions, milk and yogurt.

Manufacturers remain adamant that they need additives to keep the meat tender and tasty.

Yet heath experts argue that the phospates used in Döner kebab meat increases the risk of cardiovascular disease.

Two years ago Germany rejected plans by a thin margin to ban the phosphates used in Döner kebabs.

Weimar now counts itself as only one of a few cities around Germany to enforce the naming guidelines.

Sellers of the snack in Weimar have to change their menus accordingly. But nothing changes for the customers, merchants have said.

Everyone still says “Döner” when ordering one of the Drehspiess, a snack stand owner told public broadcaster MDR.