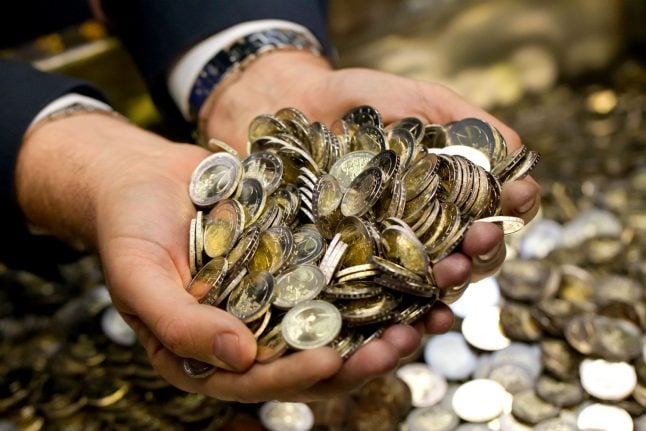 Wealth inequality is higher in Germany than in other major West European nations, the study found. Photo: DPA

Credit Suisse' annual global wealth report revealed that the number of millionaires across the world grew to nearly 47 million last year and they now own close to half the world's wealth.

The United States still leads the world in total number of millionaires. The US added 675,000 new millionaires over the past year, bringing its total to a staggering 18.6 million.

In Germany the number is far fewer, albeit the number of millionaires in the country has jumped by 95.7 percent between 2010 and 2019.

Germany now has 2.2 million millionaires, which equates to 16% of the total number from Europe.

Credit Suisse said Germany now ranks fourth in the world according to total wealth, behind Japan and ahead of the UK. In terms of wealth per adult, it is in 19th place alongside Italy and Taiwan.

However, the study highlighted stark inequalities in Germany compared to other European countries.

“Wealth inequality is higher in Germany than in other major West European nations,” the report said. “Germany’s Gini coefficient (used to measure inequality) is 82 percent, for example, compared to 67 percent in Italy and 70 percent in France.

“We estimate the share of the top one percent of adults in total wealth to be 30 percent, which is also high compared with Italy and France, where it is 22 percent in both cases.”

The report added the UK has a Gini coefficient of 75 percent and its share of the top 1 percent is 24 percent.

There is also a high number of people in Germany with a low share of wealth. This includes both money and other assets, such as real estate.

“The proportion of adults in Germany with wealth less than 10,000 is 41 percent, while at the top end, the proportion with assets over $100,000 is almost four times the global figure,” the report said. “Overall, Germany hosts 2.2 million millionaires, which equates to 16 percent of the total number from Europe.”

Median wealth is the amount that divides the wealth distribution into two equal groups: half the adults have wealth above the median, and the other half below.

One reason for the low scoring in median wealth could be because there are far lower levels of home ownership in Germany compared to other European countries such as France.