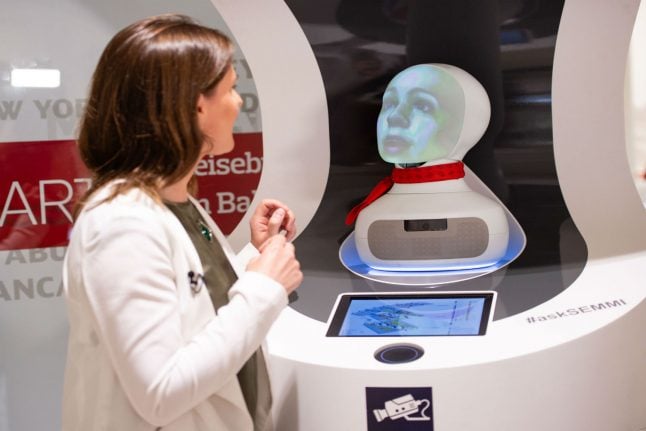 “We are currently developing a digital assistant that I’d be able to communicate with using my smartphone, like I do with Siri” said innovation manager Sabina Jeschke, referring to the speech recognition software of the mobile phone manufacturer Apple.

By 2021, the artificial intelligence-based assistance system will be available on the website, on the app, and at train stations throughout. Even now, the app can operate in multiple languages.

Deutsche Bahn recently tested a prototype of the system across several weeks at Berlin's Hauptbahnhof (main train station). Customers were able to ask the robot head “Semmi” about their connections and delays.

After initial difficulties due to a faulty Wifi connection, the overall response was positive by the end of the test phase.

DB is constantly under fire as it undergoes digitalization. Some services, such as their reimbursement policy for delays, are considered laborious, because paper forms are still needed.

DB hopes to address this issue as part of a new paperless system, rather than as an individual measure. The company has yet to set a deadline for the change, however.

READ MORE: Why so many trains in Germany are late

In keeping with the concept of a “strong rail network”, there are planned improvements across all digital services: Long-distance traffic is to be equipped with the European train control system ETCS, which enables greater punctuality.

The vehicles will also be fitted with sensors that provide more detailed information, such as which components need replacing and when.

With this, alerts about delays and timetable changes should also become more reliable.

PARTNER CONTENT
Working from home? Have you considered your ‘tech blind spots’?
Url copied to clipboard!