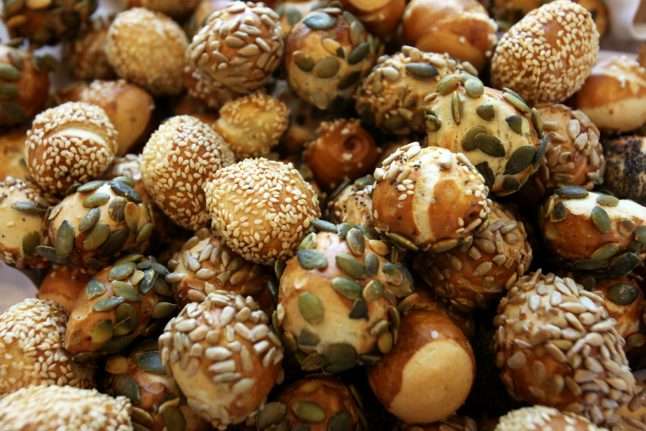 Germany is said to have almost 400 different types of bread. Photo: DPA

According to the Federal Shop Closing Act, bakeries are only allowed to sell rolls and pretzels for a maximum of five hours on Sundays and holidays in most German states – or three hours in Bavaria.

However it varies from state to state: in Berlin, bakeries can remain open nine hours on these days.

READ ALSO: Why are shops in Germany closed on Sunday?

But now there’s a legal loophole. According to a ruling by Germany’s highest court (BGH), Bäckereien across the Bundesrepublik can sell bread at any time, as long as they’re also classified as a cafe.

Under German gastronomy law, that means that they offer seating space and “prepared meals”.

But on Thursday BGH broadened this definition to include almost any type of bread – not just that with filling or a slab of cheese as was previously assumed to fit the description.

“Bread rolls are prepared meals because they are made and baked from certain ingredients – flour, water, yeast, salt – and are then ready for consumption in this state,” said Thomas Wassermann, a defending lawyer in the case.

‘You just have to keep up with the times’

The case started when the Central Office for Combating Unfair Competition sued bakery chain Ratschiller. They observed that its Munich branches were selling bread beyond the three-hour window.

Germany's Association for Craft Bakeries says the ruling allows for more equality, as small craft bakeries can compete with 24/7 sellers such as railway supermarkets and gas stations.

“We could no longer survive as a pure baker these days,” added Ratschiller Managing Director Bernhard Auracher. “You just have to keep up with the times.”

He pointed out that Sunday is the only day when most families still have time for breakfast together, and that this period should not be broken up by making a morning bakery run.

“I don't want to limit [customers] to getting their rolls in the morning at seven or eight to 10. Otherwise the customers would quickly switch to stopping [later] at gas stations for their bread.”

The Central Office for Combating Unfair Competition have asked for further legal clarity with the ruling, as the written justification is not yet available.

The current wording, they say, makes it appear that smaller bakers simply have to set up a few tables and chairs, and register as a cafe, in order to be allowed to sell Sunday rolls for longer.

However, “no company is forced by this judgement to open on Sundays or public holidays,” said Association for Craft Bakery CEO Daniel Schneider. “Ultimately every baker can decide that for himself.”

Do you think there should be any restrictions on when bakeries can sell bread on Sundays?