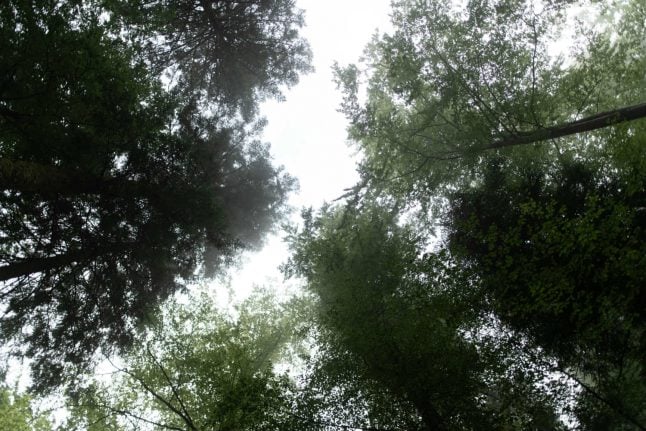 The Black Forest is said to be one of Germany's spookiest spots. Photo: DPA

Germany may not embrace Halloween with as much enthusiasm as other countries (although things are changing), but it still has plenty of haunted places.

So those looking for a thrill this month could head out to any number of spots across Germany in search of the paranormal.

We take a look at some of the scariest places ahead of Halloween on Saturday, October 31st.

READ ALSO: How is Halloween celebrated in Germany?

From jilted lovers to witches – and even the ghost of a tortured nun, there are lost souls sweeping down corridors and skulking through forests across the country.

Don't believe in the paranormal? Well there's only one way to find out – by visiting these sites yourself one day. 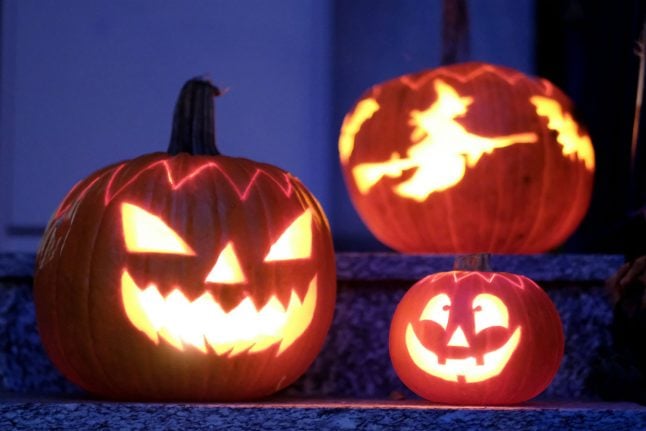 HALLOWEEN
Events guide: Where to celebrate Halloween in Germany 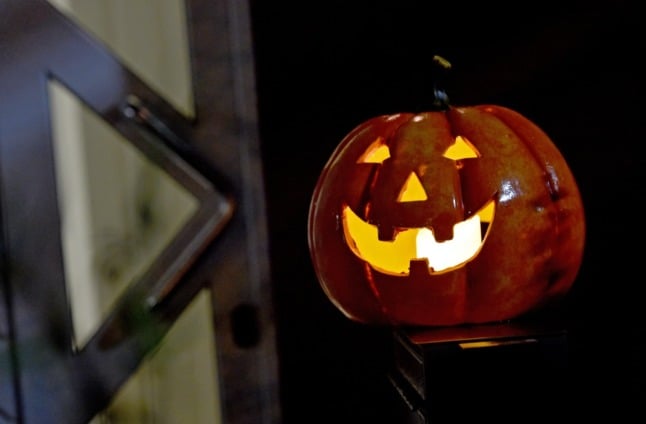 HALLOWEEN
How Halloween is celebrated in Germany

More and more Germans are carving pumpkins and putting in their vampire teeth to celebrate Halloween, the holiday which originates from the old Celtic festival Samhain.

According to folklore, on the evening of October 31st, the dead rose from their graves and attempted to repossess the living. So, the Celts would dress up in order to scare them away, or to disguise themselves so that the dead wouldn't find them.

This traditional pagan festival has since become a commercial celebration in the USA and around the world, with Halloween’s popularity increasing in Germany since the 1990s, especially among the younger generation.

In Germany, October 31st is also Reformation Day, which celebrates the reformation of the church. The states of Brandenburg, Mecklenburg-Western Pomerania, Saxony, Saxony-Anhalt, and Thuringia enjoy a public holiday on Reformation Day, meaning their Halloween enthusiasts can spend an entire day “um die Häuser ziehen” (“going around the houses”, how Germans refer to trick-or-treating) – or, sleeping off the hangover from a Halloween party the night before!

As well as going around asking “Süßes oder Saures” (“sweets or sours”, you guessed it – Germany’s way of saying “trick or treat”), there are plenty of events going on in Germany to celebrate spooky season.

READ MORE: How is Halloween celebrated in Germany? Take a walk around the Babelsberg Film Studio in Potsdam, the oldest large-scale film studio in the world, where classics such as The Blue Angel with Marlene Dietrich was filmed, as well as modern icons such as Quentin Tarantino’s Inglorious Basterds.

For the Halloween season, the studio has been kitted out to resemble a real-life horror film, with characters from several classic horror films and some original faces roaming around, waiting to jump out at you.

As well as photo opportunities with Pinhead and Chucky, several attractions are open such as a live maze, simulator and refreshment stands.

Just make sure to look over your shoulder, as Pennywise may be behind you…

Nowhere offers a Halloween atmosphere quite like the Burg Frankenstein near Darmstadt, a 1000 year old castle ruin thought to be the inspiration for Mary Shelley’s Frankenstein.

Since 1977, the Castle has offered a Halloween spectacle, the first of its kind in Germany. Within the castle walls during the Halloween party, there is a panorama restaurant, food and drink stalls, a monster bar, VIP lounge and gift shop.

Across 12 infamous scare zones, there are 100 monsters lurking including Pennywise, Freddy Krueger, Michael Myers and beings from the underworld. The three new scare zones for this year are entitled The Clown’s House, Death Zone and Chainsaw.

This event is certainly not for the faint hearted, though if you’re a thrill seeker who loves a good adrenaline-rush, this is the Halloween party for you.

According to the self-confessed “Home of Halloween”, the historical Berlin Dungeon, there is no better place to be in Berlin to enjoy all things spooky. This year, the Dungeon is putting on a special Halloween show: Will you survive the curse of the witch?

The belief in witchcraft is rooted deep in both German and wider human history. During the Middle Ages, when science was not advanced enough to explain illness, death or forces of nature, society would often suspect that witchcraft or black magic was behind it.

Visitors to the Dungeon will embark on a 70 minute journey through time between Hackescher Markt to Alexanderplatz, as you are transported to the 16th century, where many witches were believed to have roamed the Berlin streets.

Along the way, you’ll encounter several characters such as a vengeful witch hunter, a helpless farmer and a devilish “white woman”. By the end of the journey, will you survive the gaze of not only the witch, but the fanatical witch hunter?

For those of you looking for a more family-orientated Halloween event suitable for children this year, why not travel down south to Germany’s Legoland resort in Bavaria?

On the day of Halloween, the resorts offers free entry to children up to age 11 who arrive dressed in a Halloween costume. Though kids won’t be the only ones dressed for the party, as guests will be greeted by park dragon Olli, who will also be in his Halloween costume for the celebrations.

The resort will offer a special Halloween atmosphere, with ghosts on the loose around the park. Guests are invited to knock on the door of the Trick or Treat House, or to walk through the Spooky Trail, if they are brave enough.

Ghastly creatures are waiting for you in the park, as well as the world premiere of Grusical in the LEGO Arena, a spooky show exclusive to LEGO Deutschland. This event promises plenty of shudders and laughs for the whole family!

A post shared by LEGOLAND Deutschland Resort (@legolanddeutschlandresort) on Oct 27, 2019 at 2:01am PDT

The gardens of Ludwigsburg Castle is home to a unique, hidden treasure: the world’s largest pumpkin exhibition.

It may sound like a niche-market, but even those who aren’t particularly enthusiastic about pumpkins can enjoy the towering sculptures made from 450,000 pumpkins of 6000 varieties. Artists bring to life thousands of pumpkins, with puss in boots, Medusa and a unicorn among many others transforming the park into a fairytale pumpkin kingdom.

During Halloween, we tend to underestimate what’s inside a pumpkin for the sake of carving its skin. However, this event isn’t short of plenty of pumpkin-based dishes, such as pumpkin soup, pumpkin spaghetti, pumpkin strudel, pumpkin lasagna, pumpkin tart and pumpkin bread. Who knew the classic Halloween fruit could be so versatile?

Once the event has converted you to a year-round pumpkin fanatic, you can take home a selection of pumpkin jam, pumpkin pesto, pumpkin seeds, pumpkin seed oil, and pumpkin noodles from the gift shop.

What promises to be the biggest Halloween rave in Northern Germany, the main stage theme this year is 1990s Halloween Hell, with a DJ team from Berlin and Charlene playing best pop, dance and rave hits from the 1990s throughout the night.

Of course, no Halloween party would be without flying bats across the stage. If you don’t fancy a throwback this Thursday, there is also a Bloody Hall, featuring confetti from the glitter canons, with DJs Weidti and HouseKaspeR playing house, EDM and techno music.

Hosted in a former shipyard, Gollan is the perfect location to compliment the atmosphere of a Halloween rave with multiple themed sound stages. Food and drink is available on-site throughout the night, as well as prizes for the three best Halloween costumes.

So, get your capes on, and get ready to party the night away! 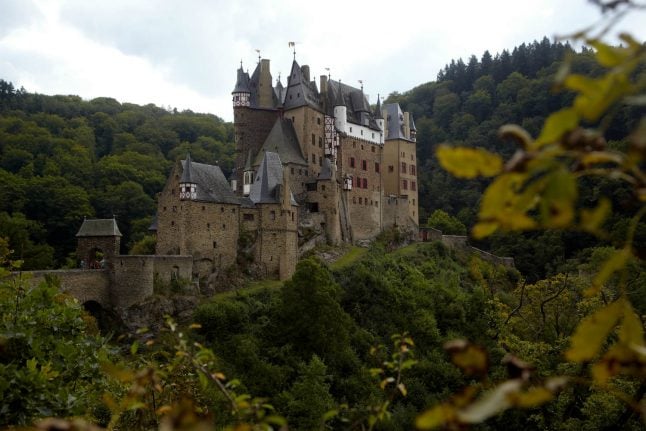 HALLOWEEN
Five haunted castles in Germany that will creep you out 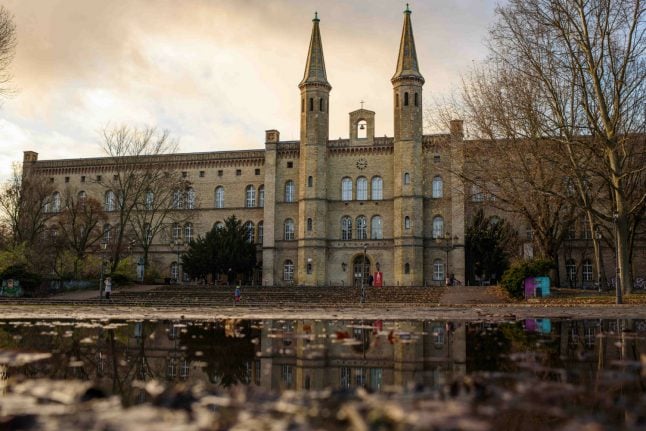 HALLOWEEN
Halloween in Germany: What are Berlin’s most haunted spots?
Url copied to clipboard!