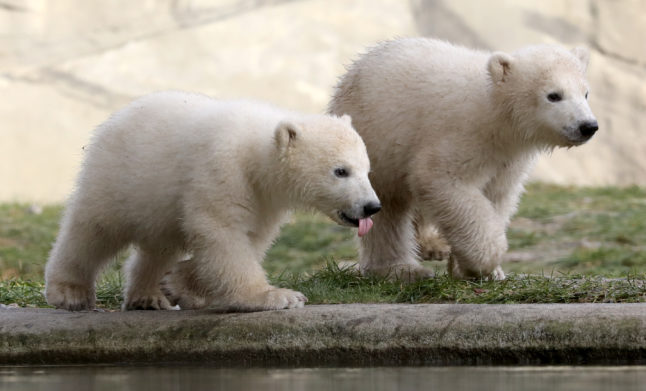 However bamboozling expressions and phrases are at first, it’s definitely worth learning a few. At the least, you’ll have you’re native speaking friends cracking up at the fact that you can pull such pro-level German out of the bag. Plus, they add a level of comedy to language that always makes it more fun to speak. Literally translated as “to tie a bear on someone”, this idiom has nothing to do with big furry beasts. The closest English equivalent is probably “to take someone for a ride” – essentially to deceive or mislead someone. With all the pitfalls of moving to a new country, it’s a phrase you may be the subject of in your early weeks in Germany. Translating as “leave the church in the village”, this one is probably more relevant in the rural, conservative areas! This idiom advises you to play it safe, or not to get carried away. Maybe a sound warning to a young person arriving in Germany from abroad for the first time… “Who knows why geese walk barefoot” sounds like something Confucius might have said. An artful way to say, “that’s just how it is”. In other words, life is filled to the brim with pointless and idiotic realities. 99 percent of adulthood is wading through this bog of contradictions without thinking too much about it, making this idiom a handy one. Literally, it means: “a single nut doesn’t rattle in the sack”. The perfect illustration of an opaque translation. Funnily enough, one way to understand this is through another German idiom: “einmal ist keinmal” – “once doesn’t count”. Essentially, this idiom implies that a single event is not statistically significant, or perhaps that a mistake can be forgiven the first time. Translated as “the fish starts stinking from the head”, this one seems particularly useful in the current climate of resentment towards political, business and industry leaders.

Attacking the idea that blame always trickles down, this phrase says that the problems always start at the top. Certainly one to be used in your next political debate. Perhaps a bit more straight forward, this idiom translates directly as “I’m not a cow to be milked”. Save this one for your friend that always turns to you at the front of the shop queue or at the bar, asking if you could cover for them just once more. Again one that makes sense more literally: “to go down with drums and trumpets”. To fail is to be human. The real distinction is in how we fail. This saying means to go down gloriously, all guns blazing, or to go out with a bang. We might say that someone is “not the sharpest pencil in the pack”, and this is the German equivalent. Literally “he didn’t exactly invent gunpowder”, this is a good phrase to describe a friend when they do something a little on the stupid side! Quite bluntly: “he who eats fire s**ts sparks”. A masterpiece of German brevity and straight-forwardness. Perhaps the equivalent of “He who lives by the sword, dies by the sword”. In other words: you have to stand by the consequences of your actions. This idiom translates as “this is an argument over the emperor’s beard”. If you ever find yourself caught up in an argument with a German, and they resort to semantic arguments, or being ridiculously pedantic, this is the phrase to use. The English equivalent would be “to split hairs”. That is, to make small and overly fine distinctions. The direct translation of this one won’t help: “to have a bird”. But when a German speaker asks you, “Hast Du einen Vogel?”, they’re omitting the implied “im Kopf” (“in you head”). No, they’re not enquiring about your pet ownership. They’re calling you crazy. If someone has asked you this and you told them about your beloved parrot, then we’re sorry to break the bad news. “Everything has an end, only the sausage has two”. Of course the Germans have a sausage idiom, and this is certainly not the only one. It’s pretty clear what they’re saying, but it’s beautiful in its Teutonic pragmatism and simplicity.