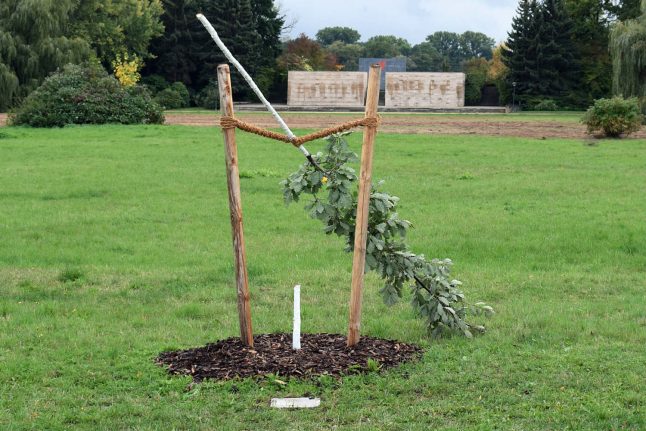 The memorial tree was vandalised in Zwickau. Photo: City of Zwickau/DPA

The oak tree was planted on September 8th in a public park in Zwickau, ear the Polish border, in memory of Enver Şimşek, a flower seller of Turkish heritage who was killed by the far-right National Socialist Underground (NSU) in 2000 during a series of racist attacks.

Authorities have launched an investigation. City mayor Pia Findeiß, of the centre-left Social Democrats (SPD), expressed her dismay in a statement about the destruction. “This heinous act is more than mere damage to property,” she said.

“The sawing down of the tree shows intolerance, a lack of understanding of democracy and contempt for terror victims and their relatives.”

Last year the only known surviving member of the NSU terror cell was sentenced to life in prison.

Beate Zschäpe, 43, was found guilty of 10 counts of murder for her complicity in the deadly shootings of nine Turkish and Greek-born immigrants and a German policewoman.

Zschäpe and her former lovers Uwe Mundlos and Uwe Böhnhardt had formed the militant clandestine group they called the NSU.

The trio carried out the killings from 2000 and 2007, as well as two bombings and 15 bank robberies, before the two men died in an apparent suicide pact after a bungled bank heist in 2011.

Şimşek was the first of the murder victims. Nine more trees have been planned for the other NSU victims.

Germany, which has long struggled to atone for its Nazi past, was shocked to learn that the series of killings, previously blamed by police on immigrant crime gangs, had in fact been committed by organized fascists from the country's formerly communist east.

At the time of the trial, relatives of the victims raised fears that accomplices were still out there.

The NSU murders and the resulting court case led to accusations that German authorities had repeatedly failed to take the threat of far-right violence seriously.

The group was uncovered effectively by chance in 2011, when its ringleaders botched a bank robbery and led police to them. 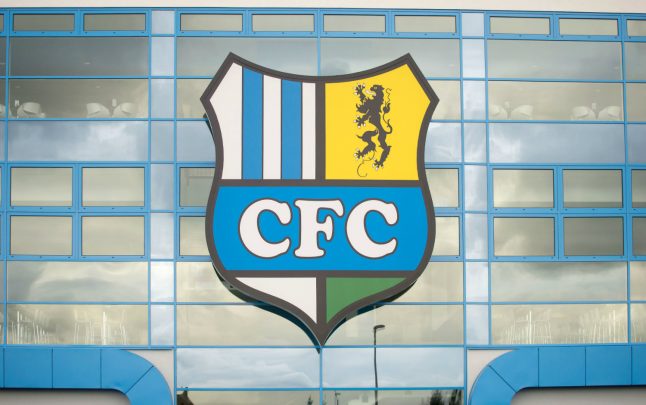