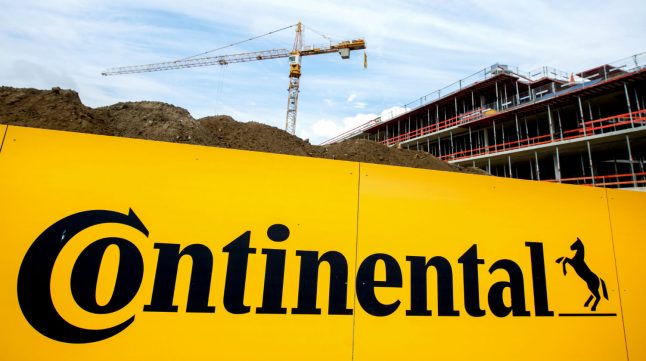 Yet not all of those jobs will vanish. Rather, some will be shifted between sites or reassigned to new activities, Continental said in a statement.

“Continental is thus responding to the decline in global automotive production and the increase in customer demand for digital solutions,” the Hanover-based company said.

Around 3,000 jobs could go at six sites around the world in the coming years, including two each in Germany and the United States, and one each in Italy and Malaysia.

Factories in the US states of Virginia and North Carolina employing a total
of 1,400 people are set to close.

But such closures “do not mean the people there will find themselves out of
work,” a spokesman told AFP.

Continental also plans “a large number” of new jobs in new industrial sectors linked to battery-powered cars, IT and autonomous driving, which it will partly fill via an internal jobs market that will retrain workers.

“Operational redundancies will be the very last resort,” chief executive Elmar Degenhart said, “but we cannot currently rule them out”.

“We are also responding proactively to the crisis in the automotive industry and, like 10 years ago, we will emerge stronger,” he added.

Germany's massive car industry — with 800,000 jobs and almost five percent of national output — has suffered as trade wars have intensified and the threat of a no-deal Brexit has grown.