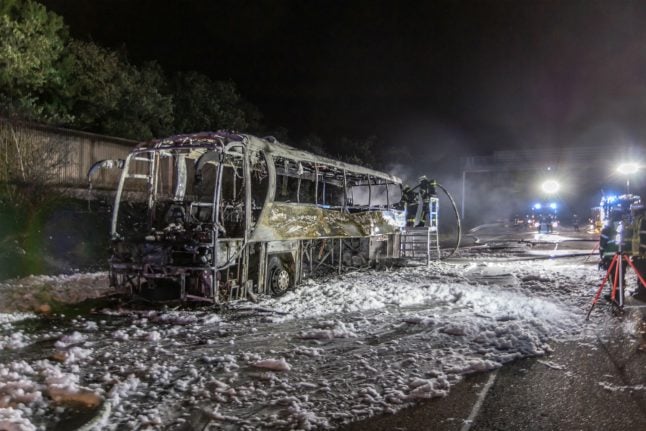 The reason for the fire was most likely a technical defect, reported police.

The driver noticed smoke coming from the engine compartment and drove on to a shoulder of the road.

Together with a colleague and six passengers, he was able to leave the bus on time.

The fire on the bus, which belongs to a Croatian travel company, began at around 1 am, reported the Pforzheimer Zeitung.

“Luckily no one was hurt,” wrote police in a statement.

The damage is in the six figure range, according to initial police estimates. All eight passengers were able to continue traveling from Munich to Karlsruhe in the morning on a replacement bus.

The A8 towards Karlsruhe was closed for fire-fighting work for several hours, and in the morning was reopened.