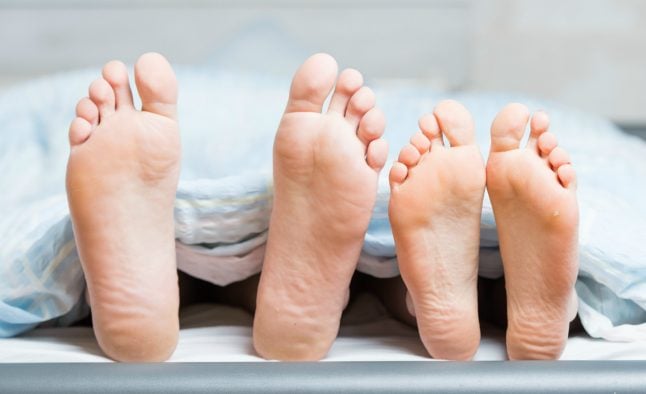 What do Germans do when Feierabend comes? Well, according to the annual Freizeit-Monitor 2019 study, the most popular leisure activity is watching television.

But researchers of the study, which is published by the “Stiftung für Zukunftsfragen” say the smartphone is increasingly becoming more popular every year – and digital media will no doubt take over the top positions of German leisure activities in the coming years.

Smartphones are used by the majority – 57 percent – of the population.

In fact, the popularity of chatting, playing games or surfing the Internet with a mobile phone has more than doubled in the last five years alone and citizens are spending more of their free time online.

The study also found that many people had forgotten how to enjoy their leisure time.

“The Germans are a very media-oriented people who, however, often use their leisure time in the wrong way and don't do what would be good for them or what they like,” said Professor Ulrich Reinhardt, scientific director of the Freizeit-Monitor.

Right now the undisputed number one leisure activity in Germany (which has been at the top for over 30 years) is watching TV. Yes, almost every German (94%) switches their TV on regularly – at least once a week – to catch up on the likes of Tatort or Babylon Berlin.

Listening to the radio is also hugely popular, with 88 percent of Germans doing it regularly.

Chatting on the phone from home (87 percent) is also very popular – closely followed by listening to music (83 percent), surfing the Internet (81 percent) and calling people with a smartphone (73 percent). Does the Internet make Germans more inclined to stay indoors in their free time? Photo: DPA

Germans are known for their love of the outdoors. But the survey shows that Germans are inclined to stay in more often.

Only 35 percent of those surveyed said they did sports at least once a week, while 25 percent said they did gardening regularly – and less than every tenth person said they regularly went to restaurants, pubs or church.

Reinhardt said: “The everyday leisure life of German citizens is quite routine. After work, people relax on the sofa, inform themselves and chat. 'Passivity instead of activity' is the motto.”

Germans are also having less sex, which could be partly down to the rise of smartphones and Internet usage.

According to the study, only every second person (52 percent) has sex at least once a month. Five years ago the figure was 56 percent.

Stress is a major factor

“Stress in spare time has continued to increase,” said Reinhardt, scientific director of the leisure monitor . “As a result, Germans are taking less and less time for sex.”

Perhaps surprisingly, parents are the group who still have the most sex. A total of 59 percent of mums and dads in the 25-49 age group have sex at least once a week and 82 percent at least once a month. Just behind them are couples without children (58 percent weekly and 85 percent monthly).

For many Germans, leisure time is increasingly becoming a stressful time. For example, 58 percent of Germans – especially young people and singles – say they do too much in their free time. It shows they may be suffering from FOMO or fear of missing out.

As a result, the time spent on individual activities decreases, while at the same time the number of different leisure activities goes up.

For the survey, more than 2,200 people over the age of 14 were interviewed about their leisure behaviour in July.

Here are 10 facts from the study:

More than one in five Germans now watch series and films from streaming providers such as Amazon Prime, Netflix, Maxdome and Sky on a regular basis (at least once a week).

Almost every second retiree does something for his or her fitness and health every week – in no other phase of life is this value higher. Retirees are doing something for their fitness and health regularly. Photo: DPA

A total of 17 percent of Germans meet in person with friends every week, three times as many (51 percent) keep in touch via Facebook, Instagram and other networking apps.

Women go shopping almost twice as often as men – 11 percent do it regularly compared to six percent of  men. Meanwhile, eight percent of men shop online at least once a week compared to seven percent of women.

Only about every second German citizen (52%) has sex at least once a month. Five years ago it was 56 percent.

Every fifth person is involved in doing volunteer work at least once a month (20 percent) and every third person (33 percent) gives support or help to their neighbours.

Just four percent go to a theatre, opera, ballet or classical concert at least once a month, 14 percent to the cinema and 28 percent to a sports event.

Every third western German never goes to church (31 percent). In the east there are more than twice as many who never attend church (71 percent).

Almost one in three young adults (31 percent of 18 to 24-year-olds) is often bored in their free time and does not know what to do – the national average is only 18 percent.

More than three quarters of all single people (76 percent) feel they don't have enough free time (for the total population that figure is 56 percent).