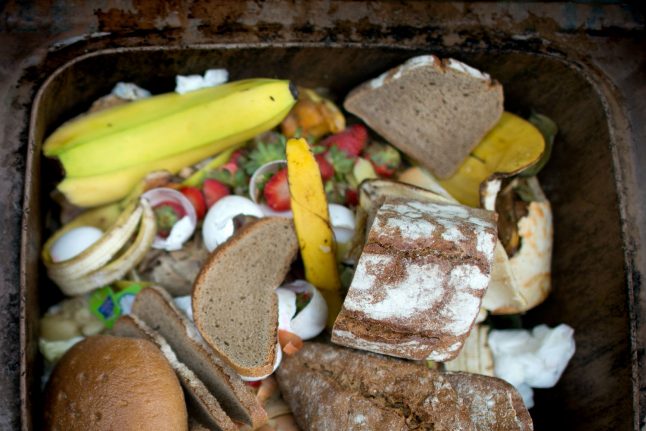 A little more than half, or 6.14 million tons, of all food waste comes from private households.

An additional 18 percent is wasted through food processing, and 14 percent through out-of-home catering.

Per capita on average, 75 kilograms of food per capita was tossed in private homes, according to the calculations.

The figure of 12 million tons, calculated by the Thünen Institute, comes from an inquiry that political party Die Linke (The Left) put to the German government. However

The Ministry is also investing 1.5 million in a digital project, developing an app that will enable companies to deliver leftover food to tables in a more targeted manner.

“If we want to halve the waste of food by 2030, to which Germany has committed itself, it is not enough to continue to rely solely on voluntary action,” said SPD nutrition expert Ursula Schulte

Schulte spoke in favour of a legal obligation for large food retailers and producers to pay taxes.

Now, according to the Ministry of Agriculture, “all those involved in the value chain are to be made responsible,” said a government spokesperson. “Together with all sectors, we will agree for the first time on concrete targets that must be verifiably met.”

Around Germany, numerous supermarkets are voluntarily selling unsold and still edible food to food banks (Tafeln) and other social institutions.

Food banks in the Bundesrepublik saved more than 260,000 tons of food per year from about 30,000 food markets, according to the ministry.

Germany is also looking to France, where an anti-disposal law has led to significant waste reductions for all supermarkets more than 400 square metres in size.