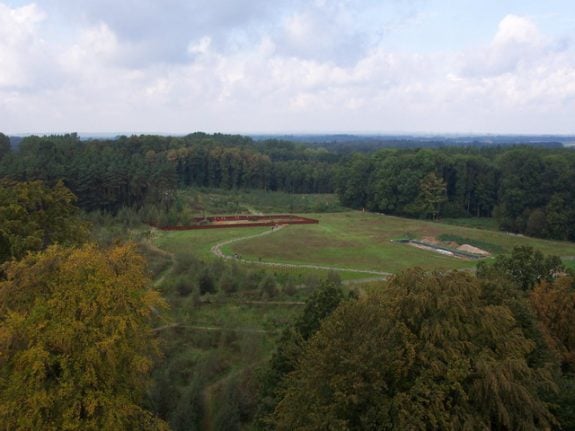 The battlefield in the Teutoburg Forest, taken in 2004. Photo: Jens Reimann/Wikimedia Commons

“Revenge is a dish best served cold”, as the proverb goes, and in the case of Arminius, a Cherusci tribesman, it would take decades before it could be enacted.

Ripped from his parents and taken as a hostage as a child, around a decade before the birth of Christ, the young Arminius was given a military education in Rome – part of the imperial strategy of pacifying tribal leadership by 'bringing them into the fold', so to speak. As a young man he was made a mounted soldier, or equite, and he fought with distinction across the east of the Empire for his adopted masters.

Yet all was not at peace in his heart. He knew of the sorrows the arrival of the Roman legions had brought to his people, and he knew full well of the contempt and disregard his fellow soldiers felt for the Germans. Deep down, he yearned to strike a blow against the conquerors who had robbed him of an upbringing among his people.

His chance came when he was posted back to the north-central reaches of Germania to command a unit. With comparatively little oversight, he was able to communicate with the tribes throughout the forests and mountain ranges, bringing them together into a temporary union. Arminius knew that the legions of the Roman Army were at the best on an open battlefield, where their rigorous training allowed soldiers to adopt various formations depending on the conditions. The Germanic tribes, on the other hand, excelled when it came to lightning raids, emerging from the forests to strike and then quickly retreat.

If he could somehow launch an ambush on the legions as they marched through the thick forests that covered much of the region, he thought, it could have every chance of success.

Arminius' opportunity came in September 9th, 9 AD, when the Roman general, Publius Quinctilius Varus, set out from his base near the Weser River, in the north, to his westwards winter lodgings, near the Rhine. With him were the three legions under his command – the 17th, 18th and 19th.

Approaching Varus with a falsified report of a tribal uprising, Arminius convinced Varus to send his troops off the main, easily-defended roadways, taking trails through the Teutoburg Forest so they could quell the rebellion.

It was a fatal mistake for Varus. From the beginning, a series of planned strikes caused the legions to be drawn out over kilometres of trail, unable to effectively communicate.

Somewhere near the modern village of Kalkriese, not far from Osnabruck, the three legions were ambushed en masse, on or around September 9th.

Constricted, bogged down and unused to fighting in such close quarters, the legions were quickly overwhelmed. Those who weren't slain chose to take their own lives as the situation became hopeless – there were many horrific tales of what the tribesmen might do to those they captured. Varus, it is said, was among their number.

While the Romans would retaliate, and with devastating force, the slaughter in the Teutoburg Forest was a huge blow to Roman pride and confidence. There's the famous story of the Emperor, Augustus, rending at his clothes and sobbing 'Vatus, give me back my legions!'. A resistance leader is born

As for Arminius, he'd lead resistance for Romans for the next decade, leading raids on forts and supply lines until he was assassinated by rivals within the Cherusci.

Historians such as Cassius Dio and Tacitus would write about the slaughter in the Teutoburg Forest in the months and years following the slaughter, and over the centuries the 'Varusschlacht' became a point of pride for many of those living in the German lands.

Indeed, in the 19th century, Arminius would be reborn as 'Hermann', a national hero – you can see his statue today on the Groteberg, near Detmold in North Rhine-Westphalia – some distance from where the battle ultimately occurred.

For those who wish to learn more about the conflict, there is now a museum and park near the site of the battle, with plenty of finds and interpretive materials. Reenactment groups also often visit to show how the fighting may have taken place.

The Romans had never suffered anything like the defeat they suffered at the hands of the Germans – indeed, they would never again suffer such a devastating blow. Perhaps this is why the Battle of the Teutoburg Forest looms so large in the consciousness of many.

Perhaps this too is why the Germans still retain their love of a wander in the woods – a folk memory of the time they really gave it to an overwhelming invader!