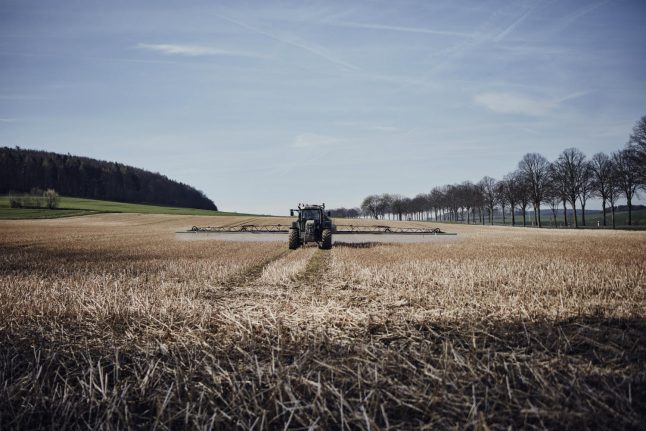 Glyphosate being sprayed over a field near Göttingen in March 2017. Photo: DPA

The chemical, which is also suspected by some experts to cause cancer in
humans, is to be banned by the end of 2023 when the EU's current approval period for it expires, ministers said.

“What harms insects also harms people,” said Environment Minister Svenja
Schulze of the centre-left Social Democrats, warning of a future when fruit
could become a luxury.

“What we need is more humming and buzzing,” Schulze told a press
conference, stressing that “a world without insects is not worth living in”.

Farm groups and the chemical industry have lobbied for the continued use of glyphosate, which is sold under the trade name Roundup made by Bayer
subsidiary Monsanto.

Bayer protested Germany's unilateral ban, arguing the chemical can be used safely and is “an important tool for ensuring both the sustainability and
productivity of agriculture”.

After its mammoth takeover of Monsanto last year, Bayer has been battered
with a wave of lawsuits alleging the flagship herbicide causes cancer, with
juries awarding massive damages awards.

The German Chemical Industry Association complained that, with EU
authorities due to re-evaluate glyphosate use in 2022, Berlin was “embarking on a confrontation course with European law”.

Austria became the first EU member to forbid all glyphosate use in July,
with restrictions also in force in the Czech Republic, Italy and the Netherlands. France is phasing it out by 2023. 'Save the bees' campaigners in Munich in February. Photo: DPA

In a first phase, glyphosate will be banned from next year in city parks
and in private gardens, according to the policy roadmap which sets the basis for new laws and regulations.

Herbicide and insecticide use will also be restricted or banned in more
species-rich areas such as grasslands and orchard meadows, and along many river and lake shores.

Campaigners worldwide have highlighted the risks of declining insect
numbers, noting they are vital for pollinating plants — including food crops
— and as food sources for birds and other animals.

In February, a record 1.75 million people in the prosperous southern German state Bavaria voted in a  referendum to “save the bees”, calling for less chemicals use and more organic farming and green spaces.

The campaign was opposed by the powerful regional agriculture association, which urged the population to “stop bashing farmers”.

However, Bavaria's ruling conservative CSU party then announced it would
turn the referendum into government policy.

READ ALSO: Bavaria to transform landmark 'Save the bees' petition into law

The roadmap presented Wednesday also featured a new voluntary animal
welfare label introduced by Kloeckner which aims to help consumers recognize when buying pork how the pigs are raised.

Activist group Germanwatch criticized the initiative, charging that
consumers would continue to be “misled”, for example by packaging that suggest idyllic farm conditions on meat products that in reality come from industrial feed lots.

The Merkel cabinet also plans to earmark a greater share of EU farm
subsidies it receives to environmental and climate protection, raising the
share from 4.5 percent now to six percent next year. 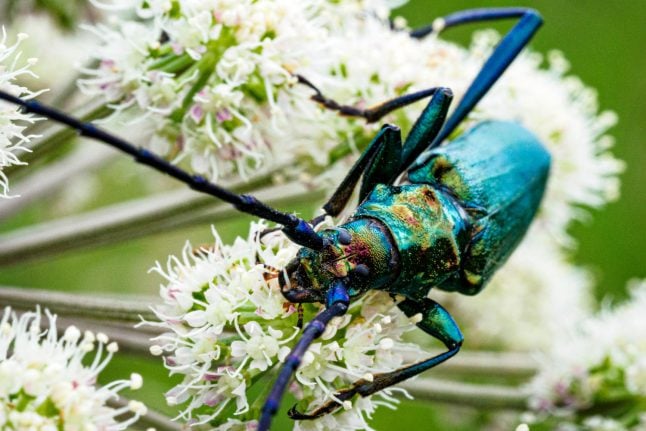 ENVIRONMENT
Germany to ban certain lights at night to save insects 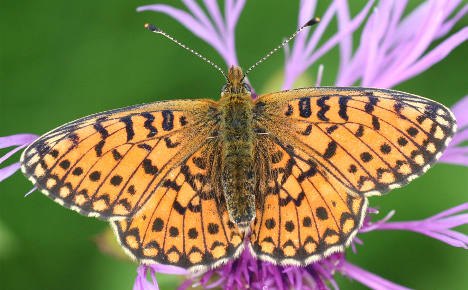 A "green musk deer" (Aromia moschata) crawls on flowers in the Ferbitzer Bruch nature reserve near the village of Kartzow, Brandenburg on July 27th. Photo: DPA

In a draft law seen by AFP, the country's environment ministry has drawn up a number of new measures to protect insects, ranging from partially outlawing spotlights to increased protection of natural habitats.

“Insects play an important role in the ecosystem…but in Germany, their numbers and their diversity has severely declined in recent years,” reads the draft law, for which the ministry hopes to get cabinet approval by October.

The changes put forward in the law include stricter controls on both lighting and the use of insecticides.

Light traps for insects are to be banned outdoors, while searchlights and sky spotlights would be outlawed from dusk to dawn for ten months of the year.

The draft also demands that any new streetlights and other outdoor lights be installed in such a way as to minimise the effect on plants, insects and other animals.

The use of weed-killers and insecticides would also be banned in national parks and within five to ten metres of major bodies of water, while orchards and dry-stone walls are to be protected as natural habitats for insects.

The proposed reforms are part of the German government's more general “insect protection action plan”, which was announced last September under growing pressure from environmental and conservation activists.

Attention will now turn to the agriculture ministry, which is under pressure to deliver on promises such as an overall reduction in the use of pesticides.

Most notably, Germany said last September that it would phase out the controversial weed killer glyphosate as part of the insect action plan.

On Wednesday, environmentalists welcomed the draft law but urged further action from the agriculture ministry.

“We will not stop insect decline with tinkering alone,” said Rolf Sommer, a director at the German chapter of the World Wildlife Fund (WWF). The environment ministry's proposals were “a starting block for more insect protection”, but more reforms were needed to pesticide regulations he added.

The German Nature Conservation Association (DNR) meanwhile called on agriculture minister Julia Klöckner to “do her homework” and deliver on the promise to phase out glyphosate by 2023.

In the past year, Germany has repeatedly made headlines with its efforts to protect insects.

Last April, the state government of Bavaria was caught off guard by a wildly popular petition calling for greater protection of bees.

READ ALSO: Germany to transform landmark 'Save the bees' petition into law

Rather than putting the petition to a referendum, the state simply passed it straight into law after 1.75 million people signed it in a matter of months.

Earlier this year, electric car giant Tesla faced delays to the construction of its new “gigafactory” outside Berlin due to the relocation of several ant colonies away from the building site. 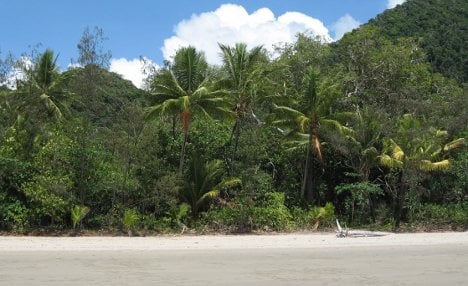 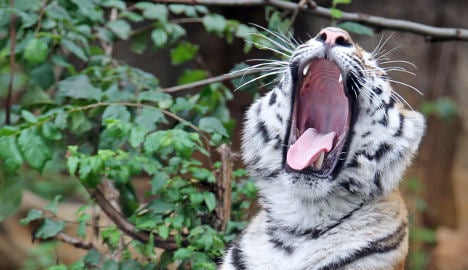