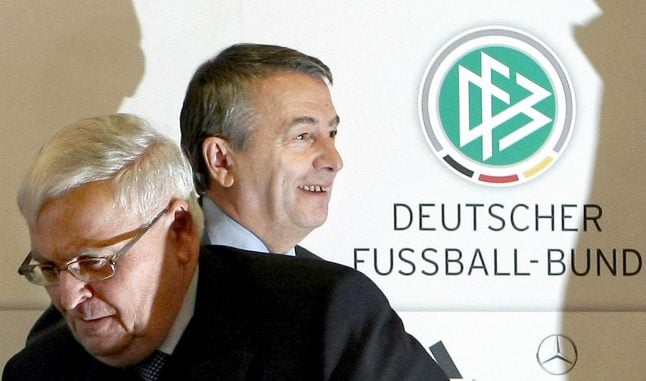 The court ruled that ex-German Football Association (DFB) presidents Wolfsgang Niersbach and Theo Zwanziger, as well as former general secretary Horst R. Schmidt, are accused of tax evasion, or aiding and abetting it, over a €6.7 million slush fund.

The Swiss Urs Linsi, former general-secretary of world football's governing body FIFA, will also stand trial alongside the Germans with all four under “sufficient suspicion” of tax fraud, according to a court statement.

A shadow has been thrown over Germany's successful hosting of the 2006 World Cup, often referred to as “Das Sommermärchen” or Summer Fairytale, which became a nightmare for organizers after accusations emerged in 2015 of a vote-buying fund to secure the finals.

On Monday, the court validated an indictment against the quartet, who deny the charges. This paves the way for a trial, overturning a regional court's decision last October to reject a tax evasion case.

Three weeks ago, Swiss prosecutors also brought tax fraud charges over the sum – a secret fund of 10 million Swiss francs, €6.7 million at the time – and the quartet face a separate trial in Switzerland.

German football legend Franz Beckenbauer, 73, who chaired the 2006 World Cup organizing committee, could also face charges in Switzerland, but his case has been separated because of his poor health.

Monday's twist is the latest in a scandal which came to light in October 2015, when news magazine Der Spiegel broke the scandal.

The money was allegedly provided by the late Robert Louis-Dreyfus, head of German sportswear giant Adidas, at the request of football legend Beckenbauer, who headed the committee promoting Germany's candidacy.

According to Der Spiegel, the DFB had borrowed the cash to buy some of the votes for the German bid.

The funds were originally reported to have been transferred for a World Cup opening gala, an event which never took place.

After the scandal erupted, Frankfurt's tax office found that the DFB did not appropriately account for the €6.7 million, and fined it €19.2 million.