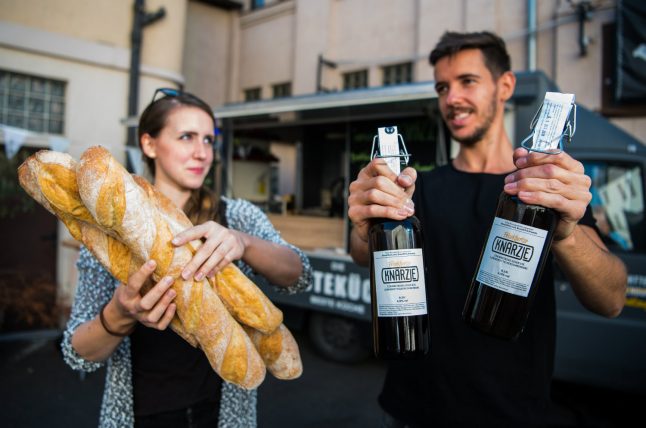 The non-profit Verein 'Shout Out Loud' has been involved in projects against the waste of food since 2013. Photo: DPA

A 'Verein' is a club or association which is not established to make a profit, and if registered as Gemeinnützig (non-profit) is not taxed.

Why found a Verein?

If you’re passionate about a cause  – be it volleyball to human rights – a Verein is a popular way of coming together and meeting other locals who feel similarly. With Sportsvereine, the most popular type in Germany with over 23 million members, they are also great activity groups, or a way to prepare for a big sports event such as a triathlon.

SEE ALSO: How living in Germany turned me into an athlete

The non-profit Verein 'Shout Out Loud', for example, has been involved in various projects against the waste of food since it was founded in 2013. The Frankfurt-based association brews the Zero-Waste beer 'Knärzje' from old bread.

Vereine are also very cheap to found, so you don’t need any major capital to kick one off. While making money can be the purpose of the Verein, it can be a byproduct of your activities.

How to get started?

According to German law, you need at least seven members in order to found a Verein and – not surprisingly – it has to be registered to become official, or an e.V as Germans say.

Once you have gathered your small group of founders, get together to write your ‘Statutes’ or ‘Satzung’. This founding document will also include Vereinzweck, or the purpose or your organization.

Make sure you’re clear, and also include whether or not you plan on a charitable status – the Finanzamt will check this and you don’t want to be slapped with fines or back taxes later on. If you do plan on having this status, be sure to send the Satzung to your local Finanzamt first.

Within the seven members, you will have to vote for the core leaders – or Vorstand. This is usually between one to all seven founders.

Once you have your signed Satzung, head to a Notary (or Notariat) with the Vorstand. You will all have to be present, and will also need to bring along minutes from the first meeting, including the names of the members present.

To have the Verein legally approved, you will then have to send it to an Amtsgericht. Some notaries will do this for you. Once it’s officially been registered, you can set up a bank account for the Verein – some banks will waive the opening fees if your Verein has a charitable status.

Usually the notary costs at least €30 while the registration fee in the Vereinregister will set you back around €75.

What to include in the Satzung?

First you’ll have to come up with a name, which should be different than any already in the Vereinregister. Research names of other Vereine in your area to be sure that yours doesn’t already exist: Violations of name and trademark law may force you to change your name later, and there is also a risk of considerable claims for damages.

You should also mention the town or city where the Verein is based, the aim, how members can join or leave, membership fees, the Vorstand, and how yearly membership meetings take place.

Have further questions or a suggestion for another tip? Email our editor at [email protected].