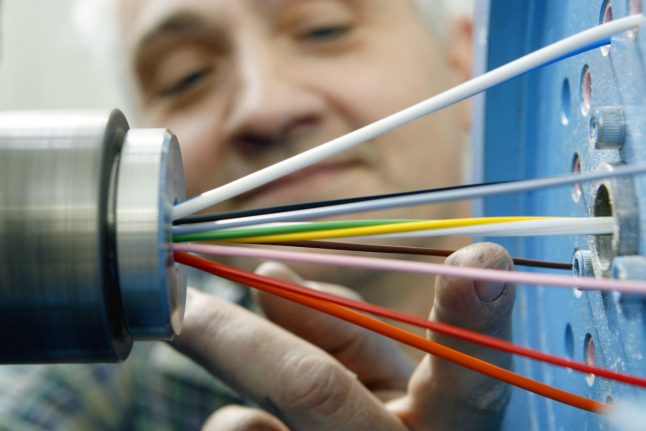 The interactive infographic (available here), produced by Swiss-based employment provider Accurity GmbH, breaks down the numbers of high, low and medium skilled workers in the Bundesrepublik.

We look at the meanings behind the numbers, which come from European Commission data collected in 2018, for each of these groups.

Germany is the country in the EU with the most low skilled foreign workers, at 1,143,000 people, or 29 percent of its total international workforce.

While the definition of “low-skilled” varies, it generally applies to jobs that require a limited education level or can be learned in a short amount of time. Some examples include kitchen workers or cleaners.

“Interestingly, despite the anti-immigration policies proposed in the UK and the Brexit vote, the UK takes in more highly skilled workers than anywhere else. Germany, on the other hand, takes in the most low skilled,” Stefano Roberti, a consultant with Accurity told The Local.

The high numbers can be attributed to Germany “having one of the most liberal immigration systems,” Accurity CEO Nicola Clothier further explained.

In June, the country passed new immigration laws in order to ease a labour shortage and make it easier for foreign workers of any education level outside of the EU to snag a work visa.

According to government estimates, the new rules will bring an additional 25,000 workers to Germany every year.

The definition of medium skilled worker is applied to people with upper secondary and post-secondary education, but who don’t have a degree from a trade school, college or university.

The country is facing a shortage in employees with a medium-level of education, hence this group making up the largest incoming foreign proportion of the German labour market.

They gravitate towards such jobs include carpenters, electricians, nurses, and caregivers. In the care sector alone, there are currently almost 40,000 unfilled positions throughout the country, which can largely be attributed to Germany's aging population.

“As a general trend in Europe, it is increasingly difficult to find professionals in those sectors nowadays,” said Roberti.

There are a total of 1,012,190 high skilled foreign workers – or 25 percent of the total international workforce – in Germany.

These are workers who have a specific skill set which usually comes with a trade school or university degree such as a doctor, engineer or IT professional.

Figures show that the Bundesrepublik needs high-skilled workers to sustain its workers: only about a third of workers in this category were born in Germany. Close to 30 percent were born in another EU country, with an additional 25 percent born outside of the EU.

Germany has up to two million vacancies for high skilled workers, but red tape still remains in filling these vacancies through those coming from abroad, says Clothier.

“Germany is very apt at integrating migrants but doesn’t necessarily recognize qualifications obtained outside of its borders,” said Clothier.

To attract more high skilled workers and speed up the process to give them a visa, Germany has been offering a so-called Blue Card visa since 2012, targeting foreign workers in professions such as engineering,

Germany also has a job-search visa for people with high qualifications, meaning it’s possible to enter the country without already having applied for a job, and simply search for one.

Germany is by far the largest granter of EU blue cards within the EU. Deutschland divvies out nearly 90 percent of the coveted cards, followed by France (3.6 percent), Poland (3.2 percent) and Luxembourg (3 percent).

For Germany's so-called shortage occupations (Mangelberufe – such as IT-professions, doctors and engineers), Blue Card recipients have to receive an annual gross annual salary of €41,808. For everyone else, it amounts to €53.800.


SEE ALSO: Explained: How to get a Blue Card to live and work in Germany