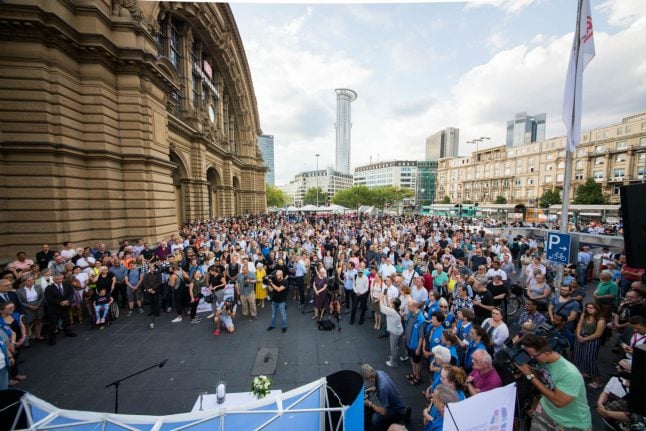 There was a deeply sad atmosphere with some tension as a group of around 400 people – including about 50 far-right demonstrators – attended the vigil for the youngster at 6.30pm, reported German media on Wednesday.

Representatives of the Catholic and Protestant congregations in Frankfurt took part in the service – as well as railway station employees and members of the Eritrean community.

Frankfurt station's mission had invited people to pray together a day after the shocking attack on platform seven. On Monday morning shortly before 10am, a mother and her son were pushed in front of an ICE high speed train as it was arriving at the station.

The mother was able to save herself by rolling onto a footpath between the tracks and was treated for shock. Her son was hit by the train and died at the scene. The 40-year-old suspected perpetrator, an Eritrean-born father-of-three who lives in Switzerland, is also accused of trying to push another 78-year-old woman in front of the train but she managed to stop herself from falling onto the tracks.

German prosecutors have laid murder and attempted murder charges against the man over the attack that left eye-witnesses in need of trauma counselling and shocked the nation.

READ ALSO: Suspect accused of pushing boy under train was on the run from Swiss police

Shortly after the crime, the far-right Alternative for Germany (AfD) party quickly seized on the crime to once more criticize what it regards as the flawed immigration policies of Chancellor Angela Merkel's government.

Many people have taken to social media to repeat this sentiment. However, others slammed the AfD for using the incident for its own political gain.

Tensions are already high in Germany following a series of horrific events in recent months, including the racist shooting of a 26-year-old Eritrean man in Hesse's Wächtersbach, as well as threats against representatives of the Left Party and against mosques in Germany. Meanwhile, also in the state of Hesse, the fatal shooting of pro-refugee CDU politician Walter Lübcke took place on June 2nd. The suspect in custody has multiple links to the far-right scene, according to prosecutors.

It was only when Carsten Baumann, the head of the Bahnhofsmission (station mission), began his service that the situation in the square in front of Frankfurt Hauptbahnhof calmed down. Baumann stood together with other pastors in front of a makeshift altar.

Baumann said that a glance at social media shows what happened on Monday has divided society.

But one must not allow “hatred to spread”, he said. All thoughts should be with the parents, who “have lost everything”.

People have been laying flowers, cuddly toys, notes and candles on platform seven in memory of the youngster. On the square in front of the station, some people cried.

For many in Germany, the crime has caused feeling of helplessness. The motive of the perpetrator is still unclear. The public prosecutor's office has no evidence that the accused was under the influence of alcohol or drugs at the time of the crime. The Swiss authorities believe the suspect may have a psychiatric disorder.

“We have to endure the ignorance,” said Baumann. “We can only stand by the side of the boy and his family.”

There were then prayers for the station employees and helpers who face difficulty in coping with what they experienced on Monday.

A member of the Eritrean community then prayed for peace in the city. Baumann then called for a minute's silence.

Through that moment, he managed to unite the polarized crowd on the station forecourt in silent memory of the boy.

At the end, Frankfurt's Mayor Peter Feldmann stepped up to the microphone with touching words. “We cannot comprehend the pain that has hit this family, this mother,” he said.

“When suddenly there is this silence. This terrible silence, when the child is irrevocably no longer there.” 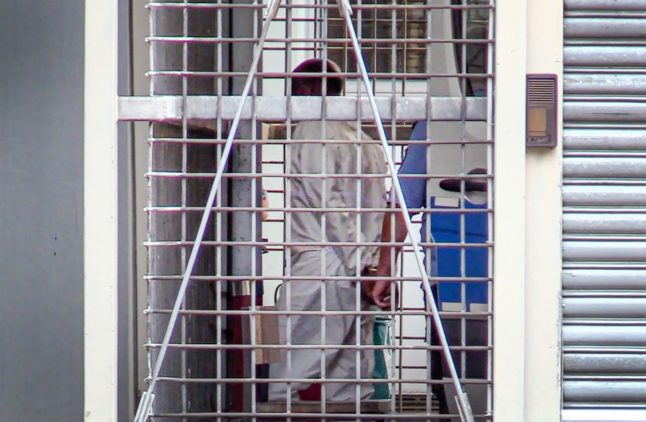 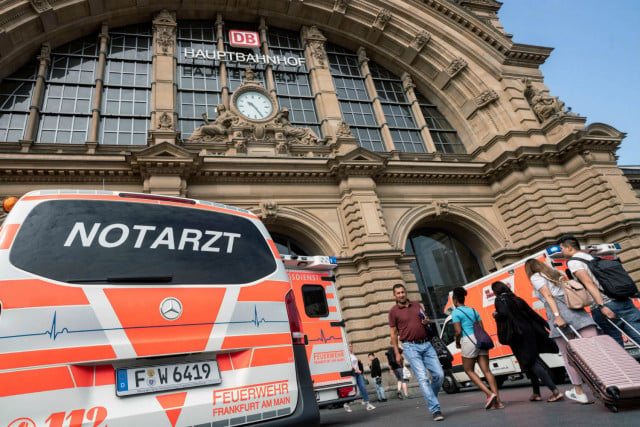 CRIME
Man accused of pushing boy under train in Frankfurt is father-of-three
Url copied to clipboard!