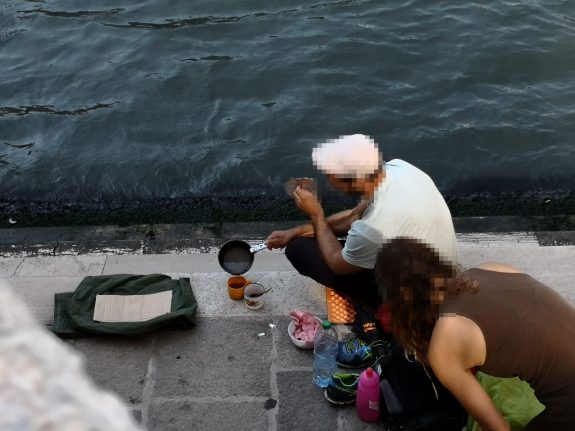 The two backpackers from Berlin, aged 32 and 35, had made themselves comfortable at the foot of the world-famous landmark and got out their portable coffee-making equipment when they were spotted by a passer-by and reported to the police, the city authorities said in a statement.

Using a newly-passed law, police officers fined them €950 ($1,050) for unseemly behaviour and asked them to leave Venice.

“Venice must be treated with respect and impolite people who come here and think they can do what they want must understand that, thanks to the local police, they can be stopped, fined and sent away,” the city's mayor Luigi Brugnaro said. “From now on, we will also communicate the identities of people who have been asked to leave to the embassies and consulates of their home country,” the mayor said.

The new law, passed in May, sets out rules for decency, cleanliness and safety in the lagoon city, which has a population of just 55,000 but is invaded every year by around 30 million visitors and is increasingly feeling the detrimental effects of mass tourism.

The law bans picnicking at certain sites, bathing in fountains and not wearing a shirt in public spaces, often with draconian fines for the offenders.