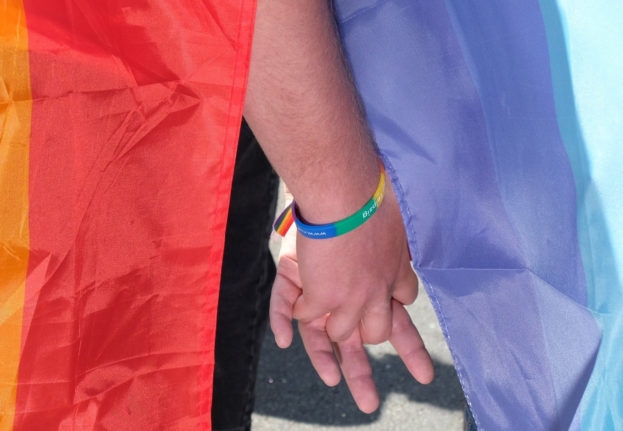 Throughout summer, several cities around Germany are holding events for Christoper Street Day (CSD) – now part of a global celebration for gay rights and equality – including Cologne and Berlin.

It comes after events were cancelled due to the Covid pandemic. 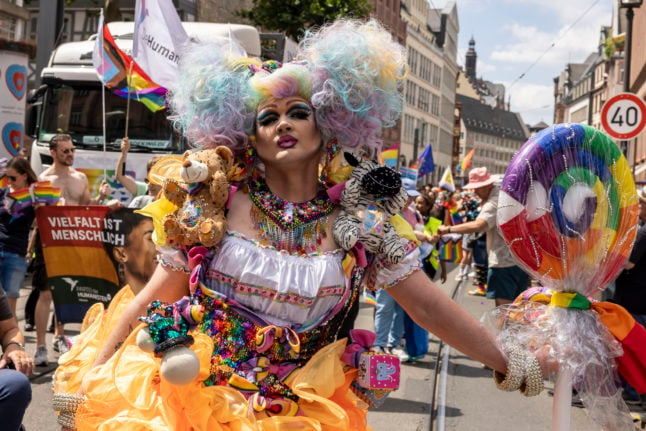 A participant dresses up at the CSD in Frankfurt am Main on July 16th 2022. Photo: picture alliance/dpa | Helmut Fricke

Gay Pride in Germany has come a long way since its founding 40 years ago. While the LGBTQ+ community was still heavily discriminated against in Germany, the beginnings of a Pride movement was developing in the country’s capital.

Inspired by the Stonewall riots in New York, Bernd Gaiser and the Berlin-based gay community initiated the first Pride celebrations in Germany in 1979.

As the festivities grew and homosexuality was decriminalized in 1994, so did Pride. Now all major German cities celebrate Pride.

In 2019, many of Germany’s Pride events seek to remind us of the ongoing struggle for gay rights. We look at the fight for gay rights since its very beginnings.

The beginnings of a protest movement?

As early as the 1800s, public activists within the German Empire began to pave the path for gay rights. In 1867 Karl Heinrich Ulrich became the first self-proclaimed homosexual to speak out publicly for gay rights at the Congress of German Jurists in Munich. There he pleaded for the repeal of Paragraph 175, a critical law which had made sodomy illegal in 1871.

Another crucial figure was Marcus Hirschfeld. Hirschfeld invented the term transvestite, zealously opposed Paragraph 175, and founded the Scientific Humanitarian Committee in Berlin which pioneered research into transsexuality and stood at the forefront of protest opposing legal discrimination against homosexuals.

Whilst homosexuality was not widely accepted socially and it was not common to be openly gay, the arrest-rate under the terms of Paragraph 175 was low whilst the Empire reigned.

Weimar Germany is commonly associated with the crippling financial and political crises which eventually led to its demise.

However, like many other Western countries at the time, the Republic experienced a brief period of booming cultural growth. A prominent gay subculture quickly developed in Berlin, and the city boasted of more than 80 gay bars in the 1920s.

A number of gay publications stemmed from Germany’s capital in this period. Die Freundin, originating from Berlin, was a lesbian magazine published between 1924 and 1933. The blossoming gay scene helped to further cultivate a culture of protest, with the first ever gay rights demonstration taking place in Berlin in 1922. 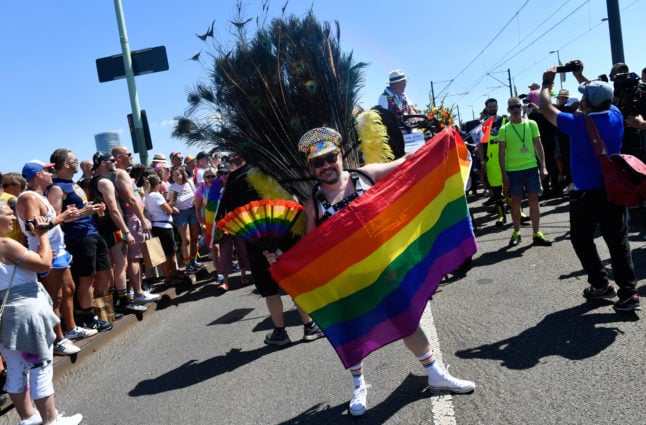 A participant dressed up for the CSD march in Cologne on July 3rd 2022. Photo: DPA/Roberto Pfeil

Though it is certainly possible to overstate the liberalism of the era of the Weimar Republic, Paragraph 175 remained enshrined in the law. Weimar Germany, after all, was relatively open to the beginnings of gay culture and seemed to be on the path towards a more open and tolerant society.

Indeed, whilst paragraph 175 was a de jure aspect of life for homosexuals, policing policy was lax and merely monitored suspected homosexuals and rarely prosecuted them.

This apparent flame of hope for the gay community in Germany, as well as the flourishing gay subculture in Berlin, was hastily vanquished following the Nazis’ rise to power in 1933.

The Third Reich’s persecution of homosexuals was immediate and relentless: National Socialists stormed and destroyed Hirschfeld’s Institute for Sexual Research in Berlin, Nazi newspapers called for the death penalty for homosexual acts and all active gay organisations in Germany were declared illegal.

Additions to the terms of Paragraph 175 in 1935 brought with them the illegalization of even the smallest gestures of affection between man and man and the number of prosecutions increased sharply.

The gay Holocaust, sometimes referred to as the ‘Homocaust,’ is a long-neglected facet of the atrocities perpetrated by the Nazis between 1933 and 1939. Nazis were vehemently homophobic – gays epitomised the concept of ‘degeneracy’ which was diametrically opposed to National Socialist ideology.

According to testimonies from survivors, persecuted homosexuals were at the bottom of the concentration camp hierarchy, receiving particularly brutal treatment and frequently subjected to horrific medical experiments which used an excess of male hormones to try and ‘cure’ inmates’ homosexuality.

Recent research suggests that between 5,000 and 15,000 homosexuals were sent to concentration camps and up to 60% of these are said to have been murdered.

Lesbians were not systematically persecuted by the Third Reich: women were not seen to pose a threat to social order as they were generally never allowed to enter into positions of power and influence.

This is not to say that lesbians lived enviable lives under the Third Reich; there are records of some lesbian concentration camp inmates and the socio-cultural climate of the Third Reich would not have been an easy one for openly gay women.

When it comes to both memorial culture as well as government policy regarding the Holocaust, the gay community have historically received less recognition than other persecuted groups.

At the Dachau concentration camp memorial, a sculpture consisting of the triangles that identified camp inmates is conspicuously absent of the pink triangle which denoted homosexuals within concentration camps.

This was a pattern at other memorial sites and reflects the continued persecution and side-lining of the gay community. Many homosexuals left concentration camps only to be seen as common criminals upon their return to society; many were repeatedly jailed and died before seeing the liberation of gays or acknowledgement of and compensation for their suffering at the hands of both the National Socialists and the post-war German governments.

It was only in 2002 that the German government agreed to provide compensation to victims of Paragraph 175 and it was a mere two years ago that this compensation legally included those who had been prosecuted after World War II.

Contrary to common assumption, it was the East German government who, despite the strict censorship, rife surveillance amongst citizens and the feared Stasi, were ostensibly more liberal when it came to gay rights.

Even after the Nazi additions to the law were removed in 1969, 3,500 men in West Germany were convicted before the law was finally rescinded in 1994.

Indeed, these apparent improvements for the gay community in East Germany did not necessarily reflect a lack of homophobia but rather a pragmatic approach to homosexuality and gay rights. The East German government sought to break from previous fascist discrimination against homosexuals and possibly wished to appease those who criticized socialism.

An assessment of East Germany as a haven for gays would be unfounded. The 2013 documentary film, ‘Out in East Berlin,’ told the personal histories of 13 openly gay individuals under the GDR government and the film exposes the less rosy everyday reality for homosexuals in East Germany.

Despite policy, homophobia still remained an issue and gay communities and groups were observed closely by the Stasi.

Progress has only been made relatively recently when it comes to the advancement of gay rights in Germany.

The 2017 legalisation of same-sex marriage in Germany had a slightly bitter undertone as the former German Chancellor, Angela Merkel, voted against the legalisation in a move consistent with her stance in opposition of gay marriage.

Although Berlin famously had an openly gay mayor, Klaus Wowereit, the fact remains that the conservative CSU and CDU have often had an ambiguous approach to more liberal pieces of legislation.

Repeated vandalism of the ‘Memorial to Persecuted Homosexuals’ in Berlin, ongoing difficulties in terms of adoption for gay couples and increases in attacks against gay couples in Germany should all serve as a reminder of the continued threat to LGBTQ+ individuals in Germany.

There are plenty of lessons to be learned from the LGBTQ+ history of Germany. In particular, progress is rarely linear and can always be reversed. Homosexuality is still illegal in dozens of countries globally and Germany’s history reminds us that liberalism can quickly give way to a restriction of rights and persecution in times of economic crisis.

Many of Germany’s Pride events seek to remind of the ongoing struggle for rights both within and out of Germany and German history is a constant reminder of the need for the vibrant protest and celebration that Pride entails.