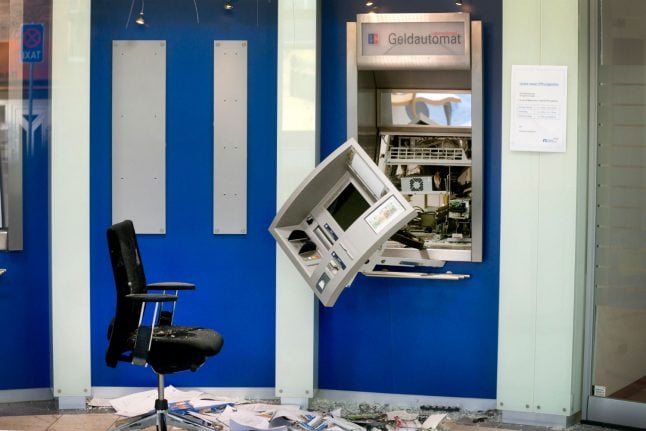 An exploded ATM in Neukirchen-Vluyn in North Rhine-Westphalia in 2017. Photo: DPA

“Search for black Audi after attempt to blow up a cash machine”, “Neighbours hear loud bang, perpetrators flee in Audi”, “Car chase through three federal states”: headlines like these have become commonplace around Germany as raids on cash machines have increased in number.

Carried out late at night, perpetrators often plan the attacks “months in advance”, according to Europol.

The crimes can be risky, with one man killed in October 2018 while attempting a similar attack on a ticket machine at a local train station in Halle, southwest of Berlin.

But successful attacks on ATMs are highly lucrative.

In May, raiders who blasted open a Commerzbank cash machine in Eschborn, near Frankfurt, made off with €190,000.

The police managed to grab one suspect who returned to the scene of the
crime in the small hours, but his accomplices and the cash have disappeared without trace, Frankfurt prosecutor Christian Hartwig said.

Many cash machine crackers come “from the Netherlands and central Europe” to Germany simply because of its favourable geography, he added. An exploded ATM at U-Bahn Mierendorffplatz in Berlin. Photo: DPA

Germany's geographical position at the centre of Europe and its dense web of motorways, much of which is not covered by a speed limit, means that criminals can more easily shake off police than elsewhere — driving German-made sports cars, naturally.

One particularly notorious group has plagued the state of North Rhine-Westphalia, which shares a border with the Netherlands and where the largest number of bank raids are carried out.

The press dubbed the group the “Audi gang” because their getaway car of choice tended to be rented or stolen vehicles of that particular high-end brand.

Last year, a total of 128 suspects were arrested over cash machine robberies, most of them from the Netherlands, the BKA said.

Even so, Germany accounts for more than one-third of the attacks recorded across 11 large European countries surveyed by the European Association for Secure Transactions (EAST).

The nation's 58,000 machines make up just 16 percent of the installed base across all the countries in the study. A blown up 'Geldautomat', or cash machine, in Berlin's Kreuzberg in May. Photo: DPA

While cash machine attacks have mounted in Germany, the number reported in the other 10 nations studied by EAST, including France and Britain, fell 15 percent to just under 700 altogether.

Such data highlight how banks can work together with government support to reduce the incentives to blast open ATMs.

In the Netherlands, lenders created the “Geldmaat” network, agreeing to hold less cash in each machine but refill them more regularly in order to reduce the potential payoff for any one raid.

France ordered banks in 2015 to fit ATMs with systems that stain banknotes if they are forcibly removed.

Europol credits the move with sharply reducing the number of attacks in France, which fell from 304 in 2013 to just 58 in 2018, according to National Gendarmerie figures.

Even in Germany, criminals fail to secure any banknotes in 60 percent of cases thanks to well-protected machines, the BKA said.

But successful attacks can be highly lucrative. 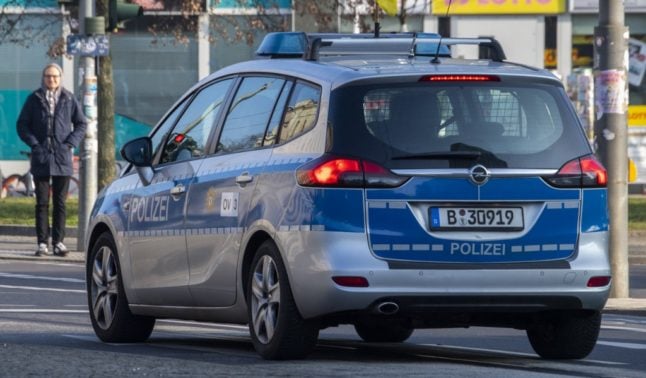