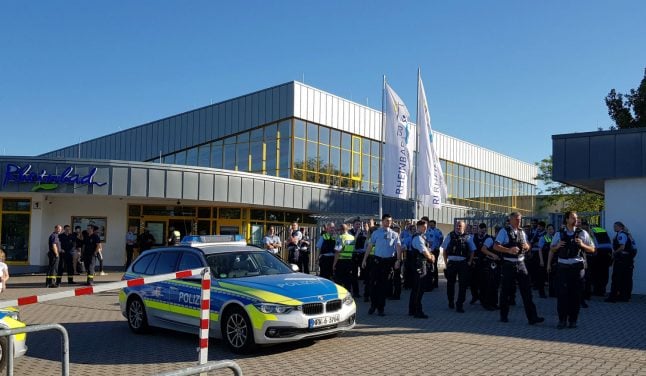 Police outside the Rheinbad swimming pool on Saturday. Photo: DPA

An outdoor swimming pool (Freibad) was forced to close its doors early at the weekend due to a mass argument between customers.

Dozens of police police officers arrived at the Rheinbad in Düsseldorf on Saturday afternoon to calm the situation which reportedly involved up to 400 people.

Regional newspaper the Rheinische Post reported that a 53-year-old man had felt harassed by a small group of young people, and a large dispute developed from there.

The officers, who also became the target of insults after their arrival, managed to escort the man and his family safely out of the outdoor pool.

One person was arrested but was released from police custody on Saturday evening.

The operators of the pool decided to close the facility early due to the drama. A police spokesman said that there had been no physical conflict. The Rheinbad was open again on Sunday, a sweltering hot day in Germany. Photo: DPA

It’s not the first time in recent weeks there’s been unrest at a Freibad.

At a swimming pool in Essen last Monday, a group of young men reportedly attacked two lifeguards and a young girl. The city then doubled the number of security guards at the pool.

In Hesse tensions boiled over last Wednesday in front of an overcrowded bathing facility. Due to large crowds, the entrance was temporarily closed. But, according to police, about 200 people tried to enter the pool by force. Some people queuing threw stones and insulted security staff.

“The atmosphere in the outdoor swimming pools is becoming more and more aggressive,” Harzheim told the Rheinische Post.

For about 10 to 15 years it has been getting worse every year, he added. “This is a frightening development. We have to take tough action.”

Christian Ochsenbauer from the German Society for Bathing added: “The topic of aggressiveness is currently making waves.” Ochsenbauer said he supported the call “to take tougher action” issued by the pool attendants association.

As the Local reported, swimming pools in Germany are also dealing with staff shortages. It is estimated there are at least 2,500 vacant posts for lifeguards at roughly 6,000 pools operated by local authorities or private companies across the country.

Harzheim believes the development goes against the ethos of Germany's outdoor swimming culture: “A swimming pool is a place of relaxation, wellness, getting to know each other, communication,” he said. “You should be able to relax there.”

JOBS
Is it ever legally too hot to go to work or school in Germany? 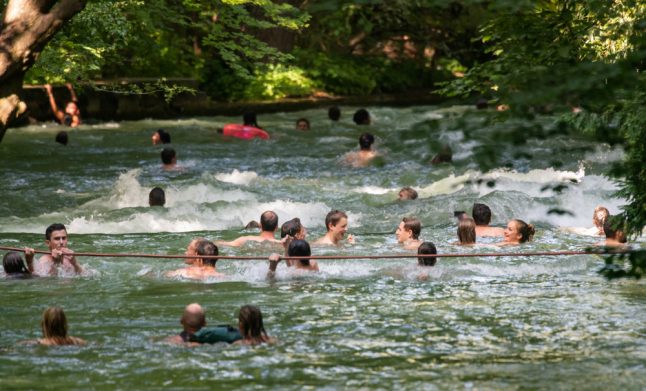 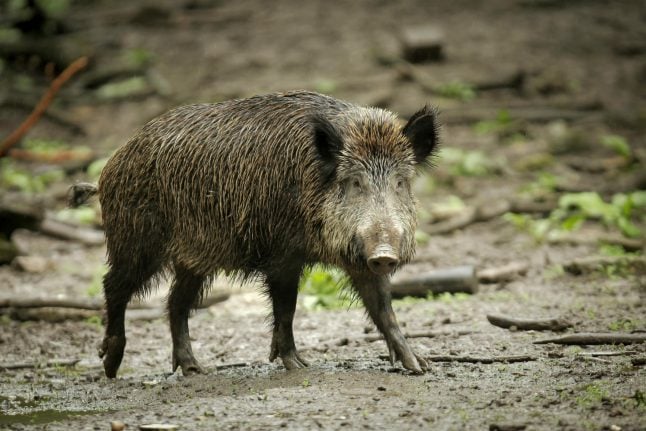 Just last week a naked sunbather in Berlin chased a wild boar that had stolen his bag with his laptop inside.

Now footage has emerged of a wild boar swimming in the Baltic Sea and arriving at a beach in Schönagen, Schleswig-Holstein, that was full of sunseekers.

“Something's going on at the Baltic Sea beach,” wrote the seaside resort Seebad Warnemünde in a post on Facebook.

As the extraordinary video shows, the animal swam into the bay and onto the beach. A man can be seen using a shovel to shoo the animal away.

The incident, which took place at the coast in Germany's northernmost state, happened at the weekend.

“I immediately rounded up all DLRG forces on the beach,” he said. “Then we pulled the guests out of the water and brought the children to safety.”

The wild boar was seen headed towards a swimmer who was still in the water, Brand said. “But then it turned around.”

Apparently the animal had swum for miles before. A sailor reported that he first thought the animal was a porpoise. “But it didn't dive,” Claus Schlüter from Cuxhaven (Lower Saxony) said on social media where he had uploaded a video of the swimming pig.

“We couldn't save it, but at least we could get it to change course towards Schönhagen,” he continued. “The boar was really fast,” Schlüter told broadcaster NDR.

On Saturday afternoon, the animal finally landed on the busy beach at Schönhagen. It stormed through the middle of the beach, “zigzagging over bathing towels and past beach chairs” and disappeared towards the steep coast.

Wild boars are considered to be good swimmers. Even though they are peaceful animals,  they can be dangerous to humans if they are distressed.

The wild boar could have been startled by harvesting work and fled into the water in panic and then was driven by the current towards the beach of Schönhagen, Otto Nagel, a local farmer, told Bild.

Luckily there were no injuries in the incident.

Last week a wild boar caused a stir when it stole a bag belonging to a man sunbathing naked at Berlin's Teufelssee. The man chased the animal until it dropped the bag.

JOBS
Is it ever legally too hot to go to work or school in Germany?