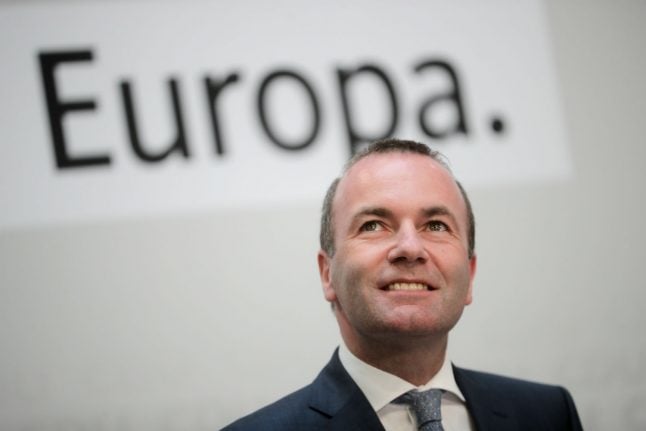 Manfred Weber on the day of the EU elections on May 26th. Photo: DPA

Reporting to the German parliament on a failed effort last week to name a
new top team to reform the bloc in the coming years, Merkel said a fresh
summit on Sunday could again prove fractious.

“Only those put forward by the European Council for the election of the
European Commission president can stand and I don't decide on this
recommendation alone,” she said.

Merkel said she hoped the process would still “respect” the Spitzenkandidat
or lead candidate principle under which the party that performed best in
European elections would get first dibs for top jobs.

“But whether that will succeed I cannot say,” she said.

“Things are very complicated so we need to keep looking for a solution.”

As usual, the centre-right European People's Party (EPP) — the political movement backed by Merkel — came out on top in last month's elections, though with a historically low share of the vote.

The Spitzenkandidat for the EPP is German MEP Manfred Weber.

However French President Emmanuel Macron and other EU heavyweights say Weber doesn't have enough clout and gravitas to take the EU's top job, head of the European Commission, having never been a national leader or high-profile minister.

Merkel will hold talks later Wednesday in Berlin with Weber, EPP chief
Joseph Daul and the head of her own Christian Democrats, Annegret
Kramp-Karrenbauer, ahead of the special summit Sunday in Brussels.