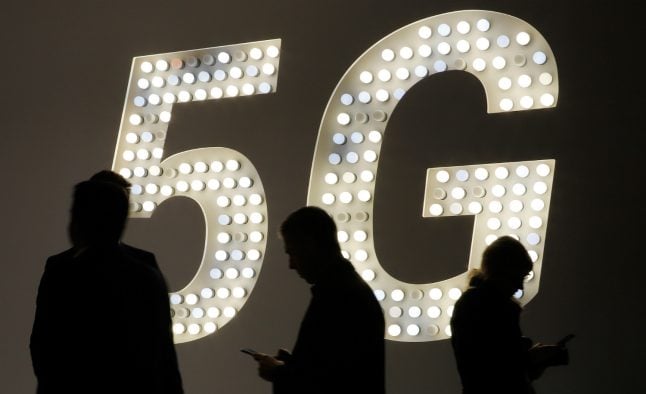 Germany has raised some €6.5 billion from the sale of 5G frequencies to telecoms firms, the Federal Network Agency, said Wednesday, announcing the result of a three-month auction.

The sale far exceeded expectations of between three billion and five billion euros.  The proceeds will go towards closing the digital gap in a country whose wireless networks rank only 46th in the world for download speeds.

The government will require the winning bidders to offer the service to at least 98 percent of German households and along motorways and rail lines.

But Germany still has a long way to go before the service is rolled out country wide. As anticipation for 5G grows, telecoms are still rolling out their 4G capacity. Germany hopes 4G will be available across all of its most important railways by 2022, according to business daily Handelsblatt.

The word “Die Funklochrepublik” (radio hole republic) even snagged second place in Germany’s Word of the Year 2018 competition. It refers to big gaps in Germany's 4G coverage, known to be patchy or even non-existent in many parts of the country and especially countryside.

The proceeds from the auction are planned to flow into a special fund called “Digital Infrastructure”. Of this, 70 percent will be used to promote fixed network broadband expansion and 30 percent to pay for better Internet and new technology in schools.

Oliver Krischer, member of the Green Party in the Bundestag, stressed that the federal government should now also set up a subsidy programme for the expansion of mobile communications in rural areas. “Otherwise Germany will remain a Funklochrepublik,” he said.

5G is the latest high-speed generation of cellular mobile communications, promising download speeds 10 to 20 times faster than we have now.

That would mean radically quicker transfers of data, making possible widespread use of artificial intelligence and other high-tech advancements such as self-driving cars and “telemedicine”.

It is estimated that 4G usage in Europe will peak in 2023 and that 5G will be available to about three-quarters of Europeans by 2025. However some 5G services could launch before the end of the year.

Hamburg is already trialling the super speedy 5G data service after it was chosen as one of two European test cities, along with Venice.

The United States has urged Berlin to bar operators from building networks on hardware from Chinese tech firm Huawei, arguing that the equipment could help Beijing spy on Western companies and governments.