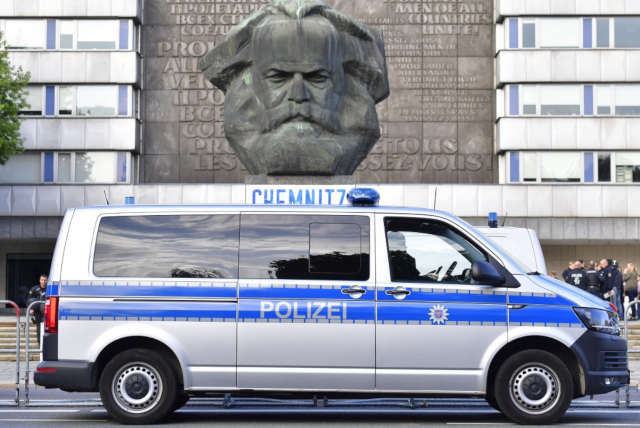 Dozens of far-right protesters staged a rally on Sunday, a day after an altercation in which an 18-year-old Syrian man allegedly injured the hand of a 41-year-old German man with a knife.

Police said they were investigating on charges of dangerous assault.

The altercation came after a Muslim community street festival was held on Saturday in the city centre, and the local far-right group Pro Chemnitz protested nearby with a BBQ event.

An online video shows the extremist group grilling spit-roast pork while attendants yell “this is our city”.

Pro Chemnitz later claimed the injured man was one of its “comrades in arms” and posted “breaking news” about the incident on social media along with a generic picture of a bloodied knife.

A local right-wing group then called for the demonstration on Sunday, which was joined by some 50 people, according to local daily Freie Presse.

About 60 demonstrators staged a counter-protest and 66 police kept watch, local authorities said, adding that no violence was reported.

Defence lawyers for the Syrian man, Alaa Sheikhi, insist he is innocent in the manslaughter trial that is being held in another city of the ex-communist east, Dresden, for security reasons.