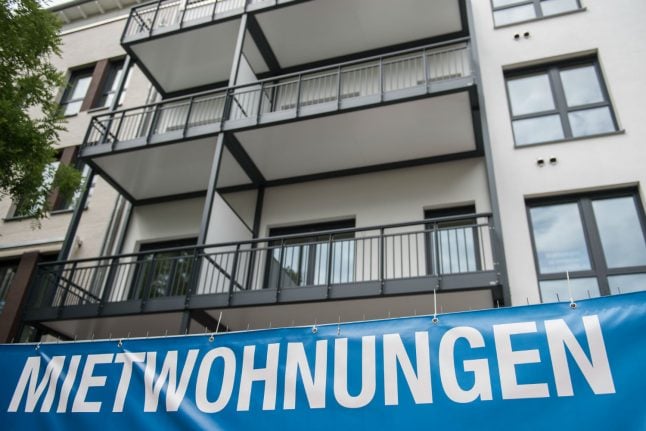 The proposed legislation, to be presented to Berlin’s Senate on June 18th, would guarantee that rents remain at the last price agreed upon by tenants and landlords.

This would mean that people moving into new flats would pay the monthly amount that previous tenants paid for rent, without facing huge price hikes as can be the case now.

It would not, however, affect social housing units or newly-constructed flats which have not yet been rented.

City development planner Katrin Lompscher (Die Linke) drafted the paper  “Limitation of Rents Under Land Law” to tackle the issue of rapidly rising rents in the capital, which in some central areas are shooting up by as much as eight percent per year.

If the law receives final approval by Berlin’s House of Representatives (Abgeordnetenhaus), new tenants will also be able to have their rental costs checked by authorities to ensure they aren’t being charged more than previous tenants.

Landlords would also be required to notify authorities about any modernizations to the flat. Such upgrades would be allowed to increase the monthly rent, but only by a maximum of 50 cents per square metre.

Any increase of more than 50 cents would also have to be approved by authorities first, states the proposal.

The Berlin Tenants' Association (Mietverein) welcomed the draft legislation – which has also been backed by Berlin's Social Democrats (SPD) and Greens – calling it  “a clear strengthening of tenant protection” in a statement.

The Berlin CDU faction, however, criticized the draft as “immature and legally vulnerable,” reported Spiegel Online.

This could “lead to years of dispute before the Constitutional Court,” said Christian Gräff, spokesman on building policy. “Court hearings in Berlin often last for years, so tenant protection becomes a farce.”

A complete freeze on rents differs from policies which Berlin already has in place. The ‘Mietbremse’ (rental price brake) enacted in the summer of 2015, set a cap for how high landlords in urban areas in Germany could charge above the so-called Mietspiegel, or rental average for the area.

Yet while the ‘Mietbremse’ only applies to vacant flats for rent, the new law also would cover rents regardless of whether the apartment has been rented for a long time, or whether it is free and will be let again.

SEE ALSO: Germany's controversial 'Mietbremse' works after all, at least in central Berlin

Other cities have proposed similar legislation. In Frankfurt, Mayor Peter Feldmann (SPD) proposed limiting the rents of public housing companies and private landlords to one percent per year. This failed because of resistance from the CDU, which stated that landlords would barely renovate their apartments or repair them after damage if there wasn’t enough of an incentive to do so.

There is also a problem with vacant apartments in many cities, which some politicians criticize a cap wouldn’t change. In apartment-squeezed Hamburg, similar legislation failed to pass.

With a rapidly growing population, Berlin is also tight on living space. Only 16,706 new apartments were built in the capital in 2018, slightly more than a year earlier.

According to experts, Berlin would have to build around 20,000 apartments per year just to create enough living space for newcomers to the city, which is growing annually at a rate of 40,000 people.

Germany’s Tenants’ Association has said that “adequate and affordable housing” is one step to solving the housing shortage.

Yet it has also called on local and federal governments to make more land for construction available – and to prevent land speculation, or the purchase of real estate in the hopes that prices increase.