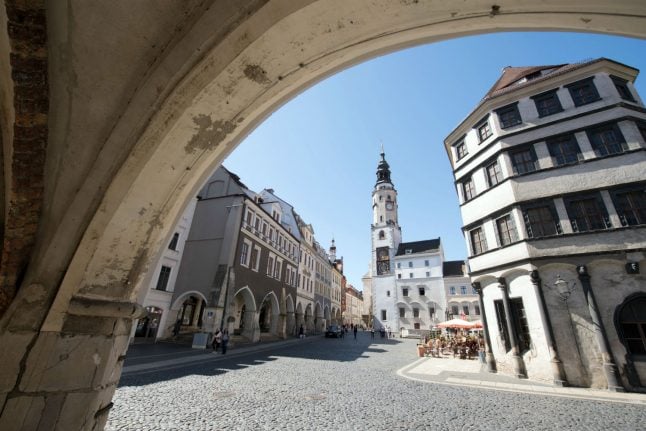 Stephan Meyer, parliamentary managing director of the Saxon CDU state parliamentary group, spoke of a “choice of direction for the whole of Germany”. The issue was whether Görlitz would continue to be shaped by “pro-European people” or send out an “anti-European signal”.

“The border situation is more of an opportunity than a burden. The inhabitants on both sides of the Neiße river can also grow together through partnerships,” said Wippel, adding that he has already met with the mayor of Görlitz' sister city of Zgorzelec, Poland.

Green Party candidate Schubert, 37, told The Local on Friday that she would offer another alternative to the “beautiful, European city”

“Görlitz deserves to have a friendly, open-minded image,” said Schubert, a member of Saxony's parliament who studied international relations. “With an AfD mayor from the right, we will lose people, students, enterprises and reputation.”

Schubert told DPA she was considering whether to run again on the second ballot but added “I'm aware of my responsibility” to prevent the election of an AfD mayor.

Görlitz has also received many positive headlines. The municipality, which calls itself European City, often shines in the spotlight – quite literally.

Walking through the historic old town feels like being in an outdoor architecture museum – with all the essential styles from Gothic to Art Nouveau on display, and over 4,000 cultural monuments. Especially with the abolition of border controls after Poland joined the EU in 2004, thefts and drug-related crime have skyrocketed. Wippel believes that “those in Berlin” don't care: “We are the victims of a great political goal”.

In the election campaign he advertises with the slogan “It's better to live with borders”. Ursu also wants to score points with the topic of security. He can be seen on billboards with video surveillance cameras.