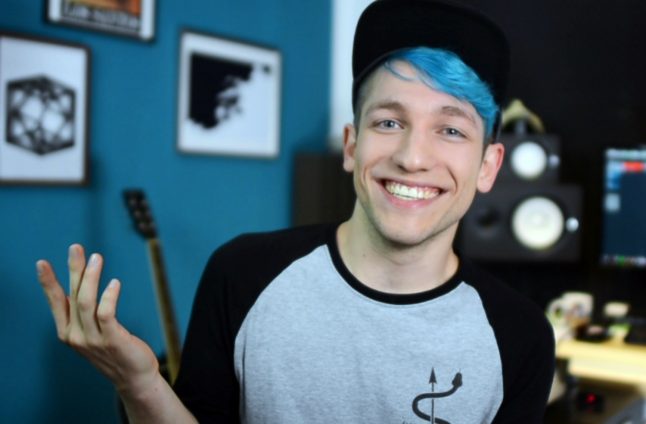 In his “destruction of the CDU” video, Rezo slammed the party for failing to take enough action on climate change, and called them out on a series of other topics including security, drug policies and intellectual property rights.

On Thursday morning, the video had racked up close to five million views, signalling the power of influencers who collect followers and publish videos to them online.

Compared to the reach of Rezo's video, a recent televised debate between the leading election candidate of the centre-right EPP bloc Manfred Weber and his Socialist challenger Frans Timmermans drew 1.68 million viewers in Germany, reported AFP.

But Rezo, who usually posts about music, has been accused by some politicians of publishing false information.

In the clip, the Youtuber, who said he and his colleagues had spent weeks meticulously researching the CDU and its Bavarian sister party the Christian Social Union (CSU), said the government, which includes the centre-left Social Democrats, was “destroying our lives and our future”.

The video, which was posted on May 18, a week before the European elections take place in Germany, included statistics on the various topics to illustrate his points.

“Go to vote … Otherwise the pensioners will decide your future, and that won't be cool,” said Rezo.

In a message to the the coalition, Rezo said: “You say that young people should be political, then you have to handle it when they think your politics are shit.”

But he has been accused of spreading false information.

Merkel’s successor as head of the CDU, Annegret Kramp-Karrenbauer said: “I asked myself why we weren't for that matter responsible for the seven plagues in ancient Egypt,” indicating that she thought the CDU were being blamed for everything.

SEE ALSO: Merkel opens up in interview with German Youtubers

“He is using his right to freedom of expression,” said CDU General Secretary Paul Ziemiak, who accused Rezo of making false claims in public about the party. “But that isn't journalism.”

Ziemiak said that Rezo made it appear that that only his opinion was correct. He said there were “already more than enough “populism and insults” on social networks and in politics.

Rezo did not respond directly to Ziemiak's comments but told the DPA that criticism from other CDU politicians is “nothing surprising”.

The YouTuber said he has also received death threats against him and his family following the video publication. However he added: “These aren't my first death threats and probably won't be the last.”

But not all CDU politicians have taken such a critical view of the video.

Thomas Jarzombek, member of the Bundestag posted on Twitter: “The debate about the #rezo video shows that we in the @CDU have talked too much about refugees and too little about climate protection in recent years.

Rezo was also backed by Green MP Sven Kindler, who said that the YouTuber may go a little too far sometimes, “but in many respects he hits the nail on the head”.

Meanwhile, rumours spread on Wednesday that a counter video from the CDU's Phlipp Amthor would be released but nothing has surfaced yet.

'I want to enlighten people'

Rezo’s previously published videos are mainly about music and rarely about politics. He told DPA: “Besides planning, shooting and post-producing such web video content, I am primarily active as a computer scientist and musician.”

In an interview with news site Bento, Rezo, who is based in Aachen, North Rhine-Westphalia, said his aim was to “enlighten” people “and make sure that more people discuss the issues raised”.

“With the election coming up, more people are interested in politics, so the time has come. But I can already say that my expectations have been exceeded,” he added.

Rezo also revealed that YouTube analytics showed that half of his viewers are between 18 and 24-years-old, only 11 percent are children “and the rest are older than 24”.

When asked if he planned on making more political videos, he said: “At some point I'm sure. I already have ideas.”