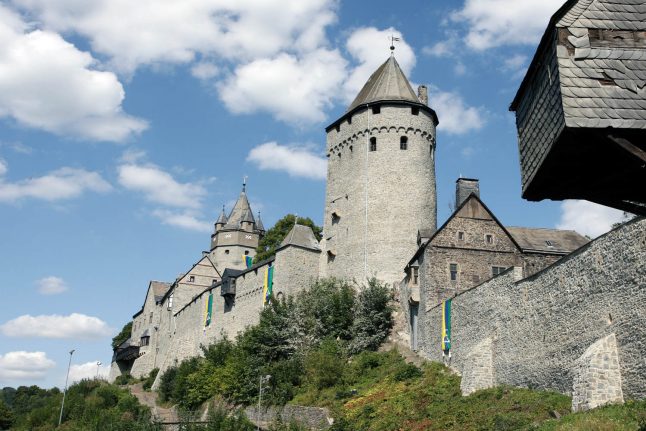 Site of the first youth hostel in Germany in Altena, which now hosts a museum devoted to the youth hostel movement. Photo: DPA

Your roommate might have a snore that could double as an air raid siren, flip-flops are a must in the shower, and there's some very particular rules about meal times, bit you can't deny it: the youth hostel is a godsend to thousands of young and old people the world over.

You can thank a German for this beacon of budget travel and exploration. It was a Prussian school teacher, Richard Schirrman – born this week in 1874 – who came up with the idea of a cheap, accessible place for young people to spend the night while traveling.

Schirrman was frustrated at the lack of accommodation for his students when they went on trips. Kids often had to bunk down in barns or other farm buildings on excursions, as the alternatives were far too costly. As a former high school teacher, trust me – farm equipment and teens don't mix! As a consequence, Schirrman lobbied, fundraised and blagged his way into opening Burg Altena, near Altena in North Rhine-Westphalia as the world's first youth hostel, or 'Jugendherberge’ in 1912, offering cheap accommodation, activities and dining to guests. There's still a youth hostel in the castle, although it's now a museum, dedicated to the youth hostel movement.

Yet this was not Schirrman's only contribution. Only a few years after the hostel was founded, Schirrman went to war, where he saw ferocious, bloody action, as well as some of the ‘Christmas Truce’ that amazed so many.

Believing that young people would not be so ready to go to war if they were able to meet and participate in activities with those from around the world, upon his demobilization, he formed a nationwide youth hostel association, the DJH (Deutsches Jugendherbergwerk), before assisting those in neighbouring nations to set up their own associations. With that, an international movement was born.

By the time Schirmman died in 1961, youth hostels were firmly entrenched in the popular consciousness, and would see an explosion of popularity during the Hippie era.

Today there are over 500 youth hostels in Germany, found in all states and in some truly spectacular locations. Guests can in stay former water towers, alpine farms, over different 30 castles and the odd tree house. The entrance to a Jugendherberge in Nottuln, North Rhine-Westphalia. Photo: DPA

On a personal note, my very first introduction to Germany was through youth hostels, travelling the 'Romantische Straße’ as a child with my parents.

Staying in a different town each night, I got to see a side of each city and town that I simply wouldn't staying in any other kind of hotel, playing with the kids of families staying there. Cheap and cheerful, sure, but also an authentic glimpse at German culture.

So here's to the German youth hotel – a truly welcome sight for many travelers wandering the country. If you'd like to know more, head on over to the DJH website and find out how you can explore the country, and it's many hostels!