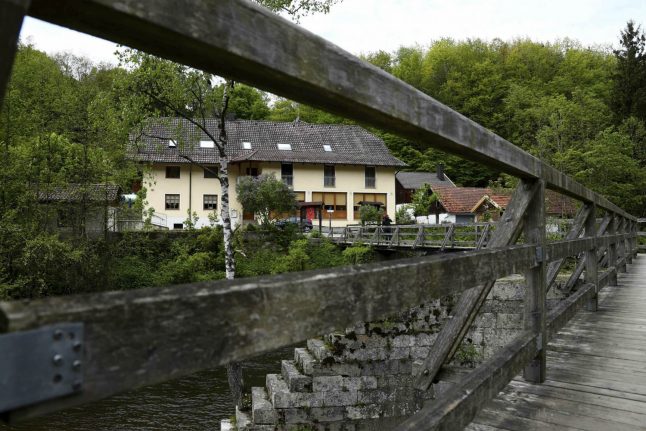 The hotel in Passau where two women were killed by crossbows on Saturday. Photo: DPA

Germany has been baffled by the bizarre case since the man and two women killed with crossbows were found Saturday in a hotel in Passau, followed by Monday's discovery of two more dead women in the town of Wittingen.

The figure at the core of the group, Torsten W., 53, appeared to have controlled the four women like a harsh sect leader who used physical force and psychological manipulation, Bild daily and RTL television reported.

“Investigators suspect they were all members of a kind of sex circle with a focus on the Middle Ages. Torsten W. may have been the guru of the group,” reported RTL after interviewing several people who knew them.

Bild said W. was apparently “in relationships with several women whom he ruled over like a master”.

RTL spoke with a couple who feared the 19-year-old woman found dead in Wittingen was their daughter Carina U., who they said had fallen under the spell of W. years ago and broken off contact with them.

The once joyful girl had come into contact with him through martial arts classes and quickly become withdrawn and depressive, the parents said, recalling how she had died her hair black and soon moved out.

The mother recalled how initially Carina “was raving about Torsten, Torsten, Torsten”, while the father said that “until today I don't understand how someone manages in four to six weeks to manipulate someone like that”.

Bild daily meanwhile interviewed a former landlord who recalled that W. had harshly shouted commands at the lesbian couple living with him, as the women kept their heads bowed and behaved like slaves.

W. had kept a dog that had previously bitten to death other dogs, said the landlord Alexander Krüger, adding that he had kicked W. out after the man had punched him.

Investigations meanwhile continued at the Passau, Bavaria state crime scene where the prosecutor's office said the motive was still unclear and a final report was not expected for another two or three weeks.

According to the autopsy, W. and his partner Kerstin E., 33, were found lying in the double bed, hand-in-hand, with crossbow bolts in their heads and hearts and their last wills nearby.

The other woman, 30-year-old Farina C., lay on the floor, a single crossbow arrow in her neck.

Police were treating the case as a “requested killing and suicide”, suggesting Farina C. first shot the couple and then herself.

One of them, 35-year-old primary school teacher Gertrud C., was the partner of Farina C., the other was a 19-year-old woman, said police, without naming her.

The cause of death was still unclear, police said, adding that the bodies had been dead for several days, that no crossbows or arrows were found, and there were no signs of a struggle.