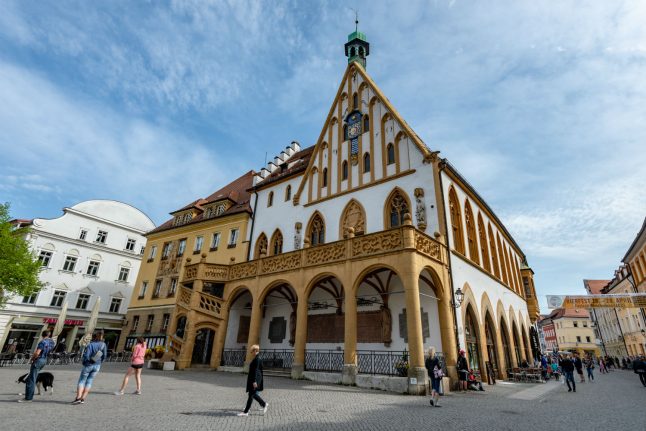 The centre of Amberg. Photo: DPA

The Iranian man was given a jail term of two years and seven months. Three other defendants were handed suspended sentences of between six and 11 months from the court, reported German media.

A total of 15 people were injured during the violence which took place on December 29th last year.

The men, who are from Iran and Afghanistan, said they had been under the influence of drugs and alcohol at the time of the attacks. During the incident the men physically assaulted several people in the town, with one hospitalized for head wounds.

The case became a hot political topic in Germany, with calls for asylum seekers who commit crimes to be deported more easily. It also led to far-right groups patrolling the Bavarian town.

As The Local reported at the beginning of January, far-right extremists started patrolling the streets of the town after the violence happened as part of so-called “neighbourhood defence groups”.

Meanwhile, Bavarian politicians condemned the attacks by the young men. Interior Minister Horst Seehofer said that he had been “shaken up” by the news. “This excess of violence is unacceptable,” he added.

Seehofer’s deputy at the Interior Ministry, Stephan Mayer, said that there would be consequences for the country’s refugee policies.

“Any asylum seeker who commits a criminal offence, especially if they commit crimes against life and limb, against property or of a sexual nature, has forfeited their right to hospitality and must leave Germany immediately,” Mayer told Bild newspaper at the time.

“In order to protect the population, perpetrators of violence should also be able to be placed under maximum control — for example through residence obligations, reporting obligations and electronic ankle restraints,” he added.