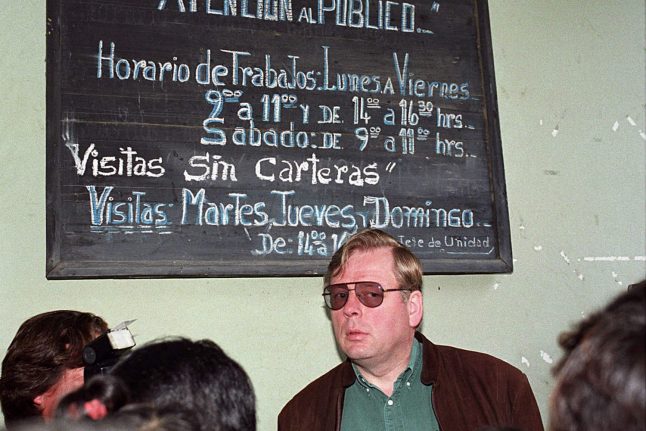 Hartmut Hopp, 74, was a physician in the notorious group that abused members – adults and children – and was used to torture and “disappear” regime critics during the 1973-1990 dictatorship of Augusto Pinochet.

Prosecutors in the city of Krefeld said that “after exhausting all promising investigative leads, it was not possible to substantiate a sufficient suspicion under any legal aspect necessary for an indictment”.

Hopp was the right-hand man of the late convicted paedophile Paul Schäfer, a former Wehrmacht soldier and lay preacher who in 1961 founded the commune that indoctrinated residents and kept them as virtual slaves.

The scale of the atrocities committed at the fenced-in 13,000-hectare mountain commune some 350 kilometres south of Santiago came to light only after the end of Pinochet's regime.

Hopp was convicted in Chile of crimes including complicity in Schäfer's rape and sexual abuse of minors, but in 2011 he fled to Germany before the final court ruling against him could be imposed.

A German court initially upheld the Chilean court's jail term of five years and one day, in a 2017 ruling.

However, that was overturned in September 2018 by a higher court in Düsseldorf, which found that the evidence provided by the Chilean court fell short of that demanded by German justice.

It said it had found no concrete evidence that Hopp, who ran the compound's clinic, had actively aided and abetted the abuses committed by Schäfer, who ran its boarding school.

Now the German prosecutors have said they have ended their own investigation, launched in 2011, that also looked into the 1976 killings of three student activists.

Sect-founder Schäfer had in 1997 faced a series of lawsuits and fled Chile.

He was arrested in Argentina in 2005 and convicted in Chile the following year for sexual abuse of children, weapons possession and human rights violations.