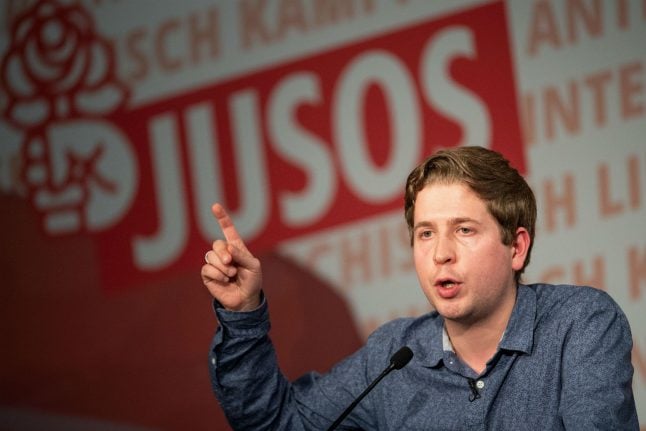 Kevin Kühnert, head of the Young Socialists (known as Jusos) told Die Zeit newspaper that he wanted Germany’s most famous car brand to be taken over by the state “in a democratic manner”.

The 29-year-old, who is widely regarded as the up-and-coming star in centre-left politics, also said that he believed that nobody should be able to make a profit by renting out apartments to tenants.

“At most everyone should own the space that they themselves live in,” he said.

Kühnert is known for taking up positions to the left of the mainstream in his party. But the Die Zeit interview has caused outrage in a country in which talk of property expropriation and state-run industry brings back dark memories of the dysfunction East German state.

Political opponents said on Thursday that Kühnert had revealed himself as having more in common with Karl Marx than modern-day social democracy. And within the SPD itself, the criticism has been furious, with some calling for him to be ejected from the party.

Michael Frenzel, head of the party’s economic forum, said that the leadership had to take strong action. “There is only one reaction: ejecting him from the party,” he said.

Kühnert’s opinions were “a steep step to bring the SPD closer to the old SED [the ruling party of the GDR] and to further alienate us from the middle,” Frenzel added.

Johannes Kahrs, another leading moderate in the party questioned weather Kühnert was on drugs when he gave the interview.

“What nonsense,” he said on Twitter. “Whatever he was smoking, it can’t have been legal.”

Others in the party have cautioned that Kühnert should be allowed some freedom to think radically as a member of their youth movement.

“A chairman of the Young Socialists is allowed to think outside the box about the connections between capitalism and social democracy and that is his right,” said party deputy leader Natascha Kohnen. “This should not lead to a hysterical debate among the other parties.