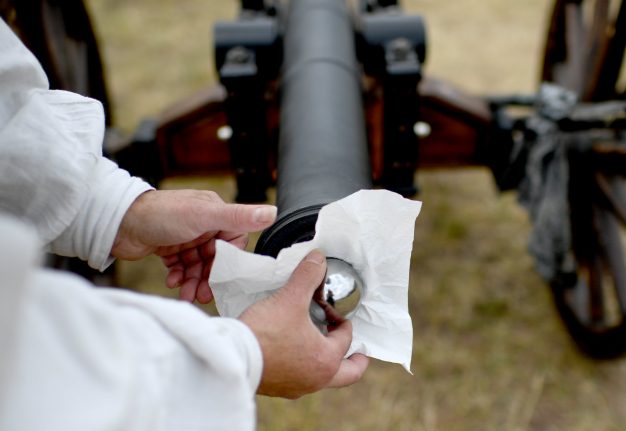 A member of a battle recreation club loads a cannon. Photo: DPA

The 23-year-old woman had been taking part in the rehearsal of a battle recreation at the town in Mindelheim, west of Munich, on Saturday when the incident occurred.

She was in the middle of loading a medieval cannon when the weapon unexpectedly fired the ball, hitting her on the arm. She was taken by helicopter to hospital from the scene were doctors worked tirelessly to save her limb.

The young woman is a member of the Association of Swabian Mercenaries, a club that specializes in medieval battle recreations. They had been rehearsing for celebrations to mark the 500 year anniversary of the death of King Maximilian, an emperor of the Holy Roman Empire, who died in 1519.

Police have confirmed that the woman had the necessary licence for handling cannons. They also have indicated that they do not believe the injuries were the result of deliberate action on the part of another individual.