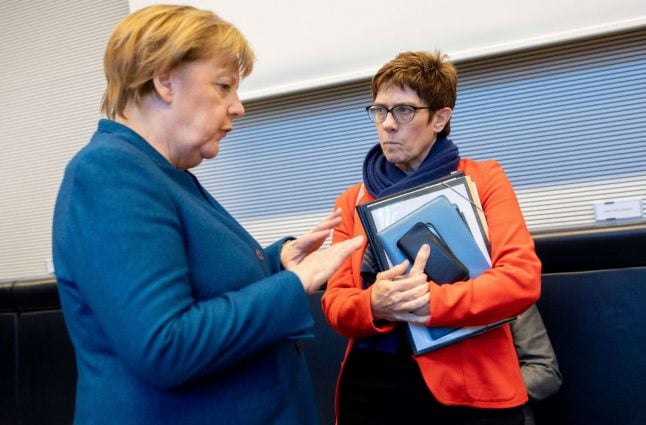 Centre-right CDU leader Annegret Kramp-Karrenbauer has ordered party colleagues to the unscheduled meeting as soon as the European elections are over, Die Welt reported on Monday.

The conservative daily, which has close connections inside the ruling party, speculated that Kramp-Karrenbauer would use the meeting to announce a significant change in personnel in the German government. This is likely to either mean significant new faces in cabinet or the removal of Merkel as Chancellor.

The last time the party called such an extraordinary meeting was in the autumn of last year when Merkel announced she was stepping down as party leader in the wake of shambolic state election results in Hesse and Bavaria. Kramp-Karrenbauer, commonly referred to as AKK, won a tight contest to take over the party leadership in December.

Ever since AKK took over as party leader rumours have circulated in the German press as to when and under what circumstances Merkel will give way to the woman who has taken her place at the top of the centre-right party.

A poor showing by coalition partners the Social Democrats (SPD) in the European elections could hasten the end of the Merkel era. The SPD are currently polling at around 15 percent, a catastrophic result by their standards, which could compel them to pull out of the coalition in Berlin.

The result would likely be new elections in which case Merkel has already made clear she would step back from power.

Would you like to see more political stories? Do you have any suggestions? Let us know