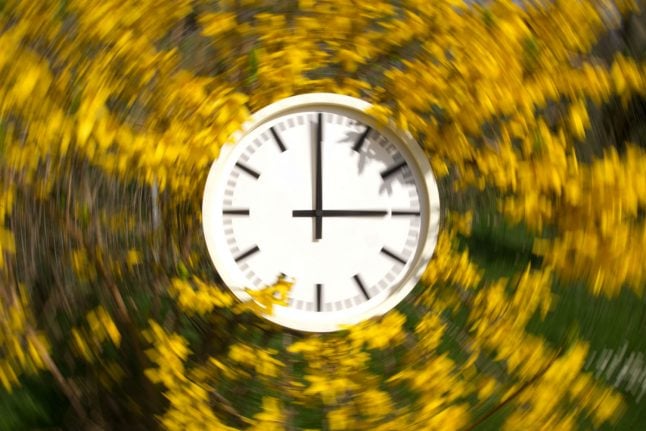 More time for your tax declaration

Very few people enjoy doing their taxes. So it might come as good news to discover that this year you have more time to sort out receipts, forms and invoices. Previously, the deadline for submitting your tax declaration (Steuererklärung), if you did it on your own without a tax advisor, was May 31st.

However, from this year the deadline to submit the previous year's earnings has been changed to July 31st. So that's two months additional time.

There’s also extra time for those who hire a tax advisor. Previously, the deadline was December 31st. But it’s been changed to the end of February the following year.

SEE ALSO: The ultimate guide to paying your taxes in Germany

The new notes have improved security features in a bid to stop counterfeiters bringing fakes into circulation. They are also more durable.

The new banknotes are called the Europa series because two of their security features contain a portrait of Europa. This figure from Greek mythology was included in the notes because it has an obvious link to the continent of Europe and also adds a human touch to the banknotes. The image of Europa was taken from a vase in the Louvre in Paris.

The European Central Bank has decided to stop producing the €500 banknote, although the first series €500 remains legal tender.

Meanwhile, consumers do not have to worry about their old 100 and 200 bills, because they remain valid. The central banks are gradually replacing them. The government's amended Federal Emission Control Act will come into force in May. The new regulations generally classify diesel driving bans as disproportionate if the nitrogen oxide in the air only slightly exceeds the limit.

Vehicles with new Euro 6 diesel signs will also not be affected by any bans, the same goes for retrofitted buses, refuse collection and fire brigade vehicles, as well as trade and delivery vehicles.

Calls to be cheaper

Although roaming charges for making calls, sending text messages and surfing the net have been a thing of the past since June 2017, mobile operators are still charging a substantial amount for calls from home networks abroad. The EU now wants to change that and cap costs. The charges for a telephone call within the EU are to fall as early as May 15th, 2019.

That means that calls from Germany to other EU countries should not cost more than 19 cents per minute, and SMS messages will cost no more than six cents. However, the EU Council will have to agree to the new rules beforehand – but this is considered a mere formality.

The maximum applies regardless of whether the calls are made from mobiles or landline phones.

Good news for pollen allergy sufferers and asthmatics in Bavaria: in the future, it will be easier for those affected to find pollen information.

On May 22nd, the world's first electronic pollen information network (ePIN) will be launched, providing up-to-date and accurate real-time data on the pollen count in specific locations, and pollen types. Allergy sufferers can call up the measurement data online via the State Office for Health and Food Safety.

Although the system is initially only available in Bavaria, other federal states could follow in the southern state’s footsteps. Since 2012, Germany has been regularly issuing series of silver coins to mark the 200th anniversary of the Grimms Fairy Tales. The eighth issue of the coins branded with the motif “The brave little tailor” will be launched on May 16th. The €20 silver coins have already whipped up enthusiasm among collectors.

The first volume of the fairy tale collection by the Brothers Grimm, Jackob and Wilhelm, was published on December 20th, 1812. The much-loved stories have been part of the UNESCO World Document Heritage since 2005.

Some workers to get wage increase

The minimum wage will rise again in May 2019 – at least for painters and varnishers. While the minimum wage for unskilled workers is currently €10.60 per hour, they will earn at least €10.85 from May onwards.

In addition, the minimum wage for journeymen (skilled workers who have completed an apprenticeship) will go up in the eastern German regions. From May they will receive €12.95 – that is 35 cents less than in the West.

Make the most of public holidays

In May there are two public holidays: Labour Day (Wednesday May 1st) and Ascension Day (Thursday May 30th). So make the most of your holiday allowance by taking the ‘bridge days' (Brückentage) off – those are the days off in between the public holiday and the weekend. It can help to make your holidays go further.

SEE ALSO: How you can make the most of Germany's 2019 public holidays