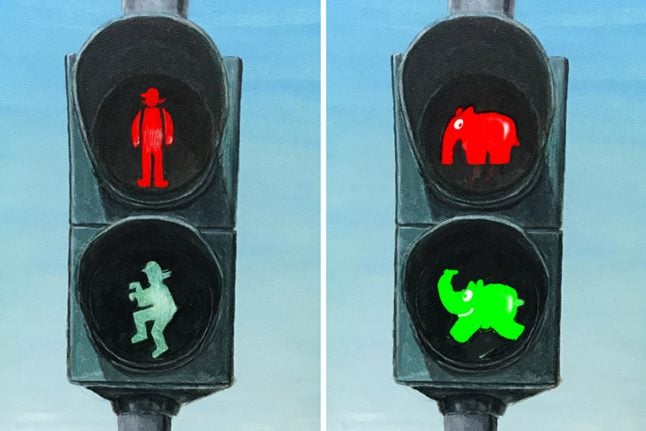 The artist's impression of the traffic symbols. Image: DPA

Visitors Germany will likely have seen the different Ampelmännchen that adorn the country’s pedestrian crossing signals.

From the Mainzelmännchenampel in Mainz to the Pied Piper in Hamelin – and Elvis in the Hessian city of Friedberg where The King was stationed for three years – the commemorative yet functional pedestrian crossing signals dot the country.

Otto Waalkes, an artist and comedian from the East Frisian town of Emden, Lower Saxony, is the region’s most famous product and a proud representative of the town.

The town’s plan to honour him with ‘Ottifanten’ pedestrian crossing signals – the cartoon elephant characters which have become his trademark – has been undone by a German rule which only allows human caricatures to be used in official pedestrian crossings.

Undeterred, the town has planned to challenge the rule –  although if it doesn't work the artist himself has a solution. Ampelmann and Ampelmädchen in Berlin and Dresden. Image: DPA

The plan has attracted some support from high up. Lower Saxony MP Stephan Weil said the idea was “really good and likeable” and that he intended on supporting it.

Weil said residents and tourists would be supportive of the change, provided the purpose of the traffic lights was was not affected.

Fans have a plan to launch a campaign to have the traffic lights successfully converted. As yet, there is no evidence that a German municipality has refused an application – although every successful one was in human form.

The artist himself said he was honoured by the idea – but had a solution should the elephants fall foul of German law.

He planned to draw a caricature of himself as a bunny, thereby circumventing the harsh German law.

Showcasing the design on his Facebook page, he wrote that the new lights would be beneficial for the city.

“Everyone would definitely stop at red lights – and also on green lights. Everyone would stay put and look at the lights. Then maybe the city wouldn’t always be so hectic!”

As reported by DPA, the idyllic and peaceful town of 50,000 isn’t known for its traffic jams.

The use of novelty or commemorative pedestrian crossing signals in Germany is more than just a tourist gimmick.

Berlin’s Ampelmann were created by Karl Peglau in 1961. A traffic psychologist, Peglau thought that fun, unusual characters would capture the attention better than the same old traffic signals – particularly with children.

He also drew them purposefully as chubby Ampelmännchen rather than the usual thin characters as these emitted more light, thereby capturing the attention of regular pedestrians as well as the disabled and vision impaired.

Since then, the idea has spread across Germany – with several regional variations. A pedestrian crossing signal based on the Mainzelmännchen in Mainz. Image: DPA

The most famous East Frisian in the world?

Otto Waalkes' music and cartoons have become popular across Europe, bringing notoriety to Emden – the town of 50,000 on the Dutch-German border.

As a result, Waalkes was made an honorary citizen of the town. He frequently reappears, signing autographs for children and taking pictures with tourists.

In 2018, the city threw a party for the artist’s 70th birthday, where Waalkes surprised the 2000 in attendance with free beer and bratwurst. 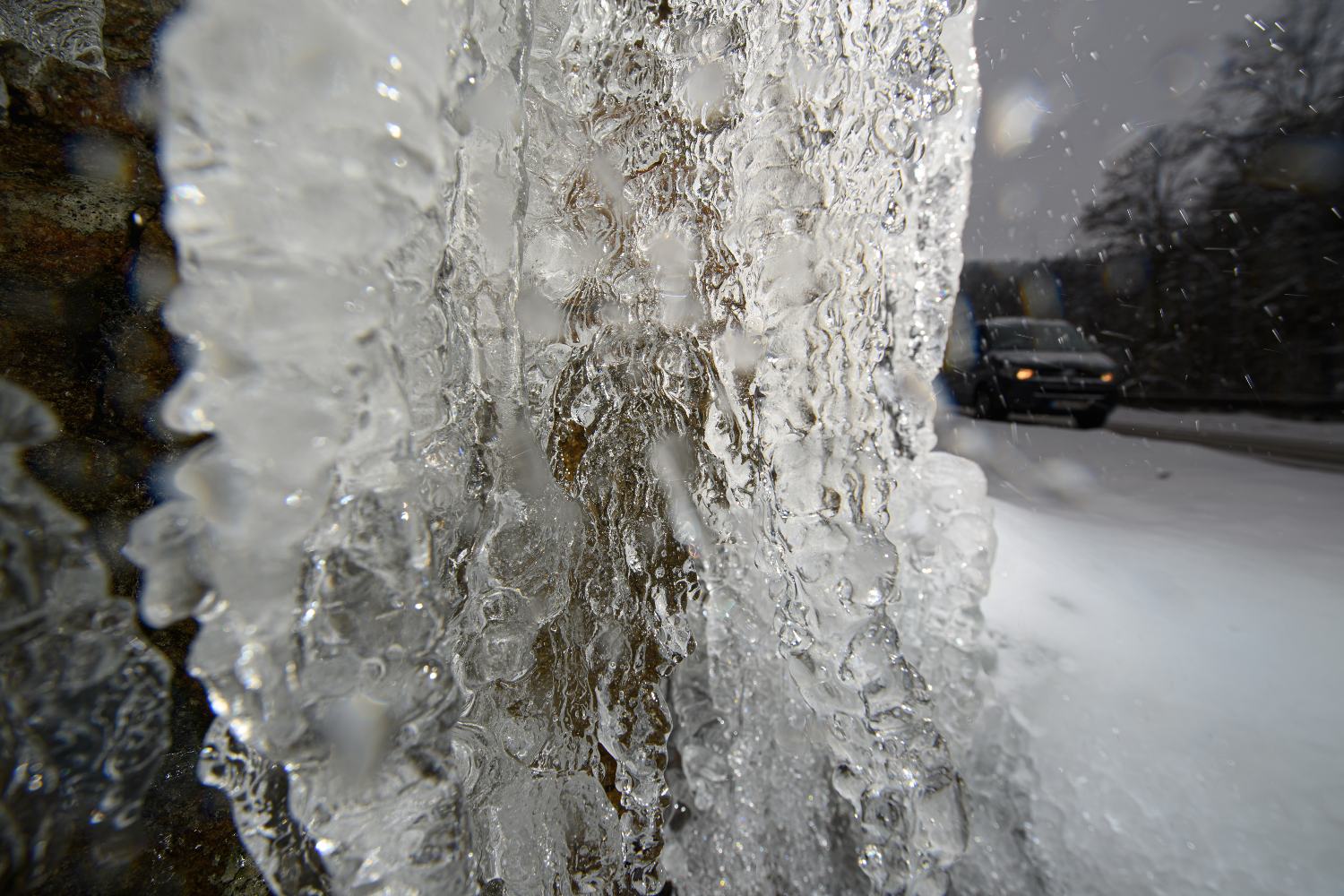 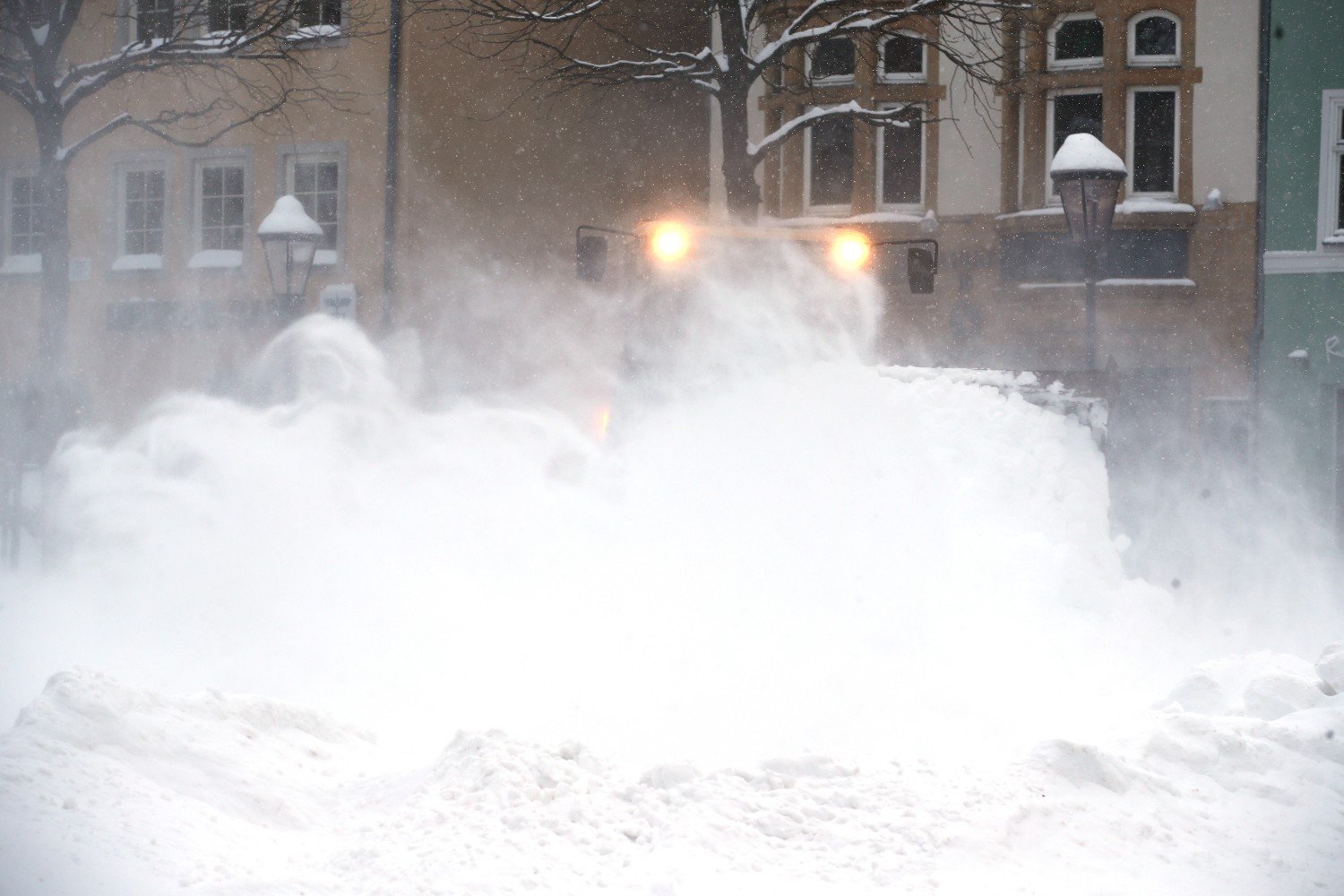